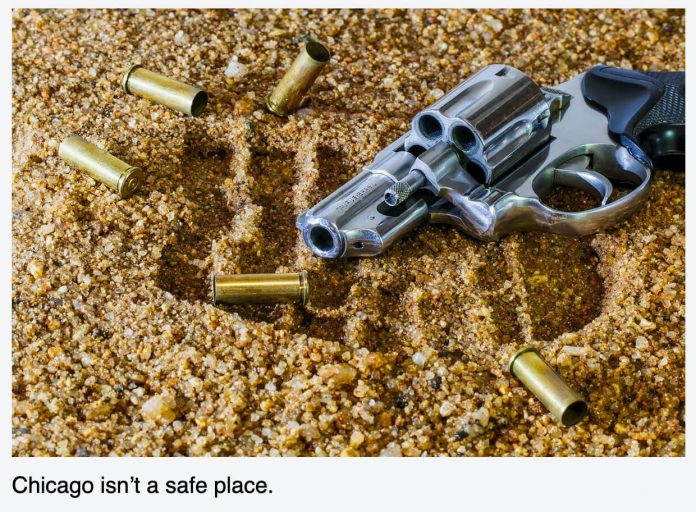 Despite Lockdown, Chicago Has Deadliest Memorial Day In 5 Years

Well, let me rephrase that. Parts of Chicago aren’t safe places. Much of the Windy City is just as safe as pretty much anywhere else. Millions walk down those streets every day and are never witness to violence and lawlessness, despite what we tend to see in the news. That’s because much of that lawlessness is confined to specific neighborhoods, and those are places most people don’t really go.

After all, reports aren’t generated about violence in specific neighborhoods, but in particular cities, and in that regard, Chicago sure looks like it’s not a very safe place.

Especially after Memorial Day weekend, which was so deadly the new police commissioner had to speak out about it.

Ten people were killed and at least 39 people wounded in shootings over the three-day weekend, according to police.

Brown called the violence “alarming, and “unacceptable” and lamented that the statewide stay-at-home order, in place because of the COVID-19 pandemic, did not seem to impact the gunshots that echoed in historically high-crime neighborhoods.

“The stay-at-home order did little to prevent violence, particularly in the parts of the West and South side[s],” Brown said. “These incidents primarily involved disputes between rival gang factions, as well as clashes involving the sale of illegal drugs.”

What, Brown thought that the very people who routinely ignore laws regarding shooting people and buying guns despite the copious gun control laws that infect the state of Illinois would follow a simple stay-at-home order?

At some point, people have to come to understand that the criminals that infest our inner cities don’t respect the rule of law. They respect force. They respect strength. They respect violence.

They’re not going to worry about some virus. Keep in mind that these are generally younger people. That’s a demographic that’s notorious for acting like they believe they’re immortal. Does anyone really think they’re going to be concerned about a virus that doesn’t actually have that high of a mortality rate, particularly for young, healthy people?

Which means they’re going to do the kind of thing they normally would. Expect, because of the virus, there are likely fewer witnesses around and fewer police officers actually patrolling the streets. It’s like a Memorial Day wonderland for the Chicago criminal, so they made the most of it.

Couple that with heightened tensions due to months of quarantine, stress stemming from economic concerns, and the virus and yeah, you’ve got a recipe for violence.

In fact, the stay-at-home order was never going to prevent it. How could it? After all, at this point, it might well have been the cause of some of it.