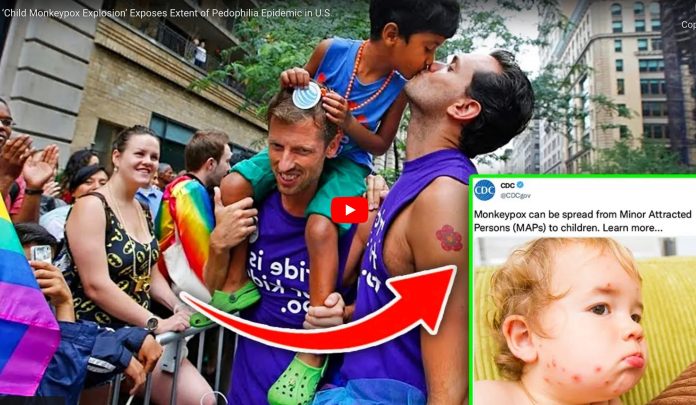 Democrats and establishment media have been desperately trying to cover up the pedophilia and grooming epidemic plaguing America. Unfortunately for the denialists, monkeypox — a sexually transmitted disease which causes rashes, sores, and pustules — cannot be denied and hidden.

The World Health Organization has been warning that gay pride festivals and other mass gatherings could accelerate the spread of monkeypox, with the WHO’s Andy Seale declaring gay pride parades should go ahead as normal despite the fact that the virus can be spread by sexual contact.

The result has been an explosion of monkeypox cases in the gay community. Two months ago, the first monkeypox patient to go public revealed that he caught the virus from having gay sex with “around 10 new partners” after being deported from Dubai for testing positive for HIV.

Since then, the virus has made the leap from gay men to children. 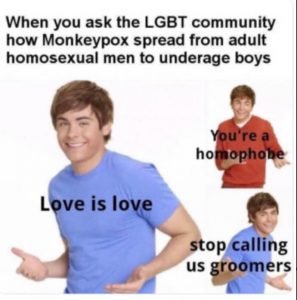 Wait.. hold up. The community “most at risk“? Dr. Walensky is obviously referring to the gay community. But it sounds like children are actually the most at risk. After all, they legally cannot consent to sexual relations. It’s called statutory law. As usual, the left is thinking about their precious minority groups and disregarding the children.

The explosion of monkeypox in children is exposing America’s dirty little secret.