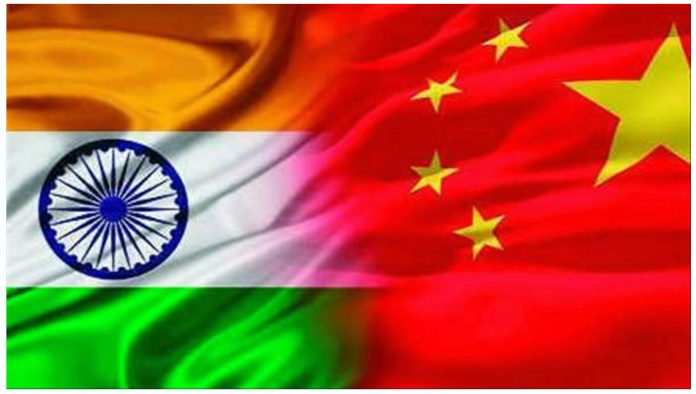 Tensions have risen between the two Asian powers for the first time in 40 years with the killing of dozens of troops from India and China along a contested border of both countries.

This marks the first bloody clash between the two countries in decades and an event with the potential to spark even more conflict among the superpowers. U.S. News reports the deaths were all from batons and knives and no shots were fired in the disputed Kashmir region.

The incident took place in the Galwan River valley, in the Himalayas, or the ‘Line of Actual Control’ (LAC), a historically contested area where both countries have deployed their troops in recent weeks, CNN reported. The event was described by Chinese State media as “the most serious clash between Chinese and Indian soldiers so far,” confirming casualties, however, the media failed to state how many were killed in the clash. Indian government sources speaking on the condition of anonymity told The Times of India that 20 Indian army personnel had died in the fighting.

Tensions have mounted in recent weeks around the area spanning in the northern India region of Ladakh and the southwestern Chinese region of Aksai Chin.

Ironically, the small conflict took place during an attempt to “de escalate” the situation with negotiations.

The two nuclear-armed neighbors have a checkered history of face-offs and overlapping territorial claims along the more than 3,440km (2,100 miles), a poorly drawn ‘Line of Actual Control’ separating the two sides, BBC reported.

According to CNN, Senior military officials from both sides are currently meeting to defuse the situation.

“India and China have been discussing through military and diplomatic channels the de-escalation of the situation in the border area in Eastern Ladakh,” said India’s External Affairs Ministry spokesman Anurag Srivastava on Tuesday.

He added senior commanders had “agreed on a process for such de-escalation” during a “productive meeting” on Saturday, June 6, and ground commanders had met regarding the implementation.

“While it was our expectation that this would unfold smoothly, the Chinese side departed from the consensus to respect the Line of Actual Control (LAC) in the Galwan Valley,” he said in the statement.

“Both sides suffered casualties that could have been avoided had the agreement at the higher level been scrupulously followed by the Chinese side,” he added.

“Given its responsible approach to border management, India is very clear that all its activities are always within the Indian side of the LAC. We expect the same of the Chinese side. We remain firmly convinced of the need for the maintenance of peace and tranquility in the border areas and the resolution of differences through dialogue. At the same time, we are also strongly committed to ensuring India’s sovereignty and territorial integrity.”

Chinese Foreign Ministry spokesman Zhao Lijian said that on Monday, “Indian troops seriously violated our consensus and twice crossed the borderline for illegal activities and provoked and attacked Chinese personnel which lead to serious physical conflict between the two sides.”

“China has lodged strong protest and representation with the India side, and we once again we solemnly ask the India side to follow our consensus and strictly regulate its front line troops and do not cross the line and do not stir up troubles or take unilateral moves that may complicate matters,” Zhao added.

“We both agreed to resolve this issue through dialogue and consolation and make efforts for easing the situation and upholding peace and tranquility in the border area.” Zhao did not comment on whether there had been any Chinese casualties.

China’s People’s Liberation Army (PLA) released a statement Tuesday night calling on the Indian army to immediately stop what it described as “provocative actions” and to “resolve the issue through the correct track of dialogue and talks.”

“The sovereignty of the Galwan Valley region has always belonged to China,” Zhang Shuili, the spokesman of the Western Theater said in a statement on China’s Ministry of Defense website. “Indian troops violated its commitment, crossed the borderline for illegal activities and deliberately launched provocative attacks.”

Zhang added that the “serious physical conflict between the two sides” had “resulted in casualties.”

“We solemnly ask the India side to strictly regulate its front line troops, immediately stop all infringement and provocative actions, go toward the same direction with China, and return to the correct track of dialogue and talks to resolve differences,” the statement read.

Al-Jazeera reports that both countries counterparts Wang Yi and Indian diplomat Subrahmanyam Jaishankar have now discussed the situation via a phone call with both coming to an agreement that the conflict needs to “cool down.”

A spokesperson for U.S. President Donald Trump has said he has “no formal plans” to mediate between India and China.

“There are no formal plans,” White House spokesman Kayleigh McEnany told reporters but said Trump is “aware” and monitoring the tumultuous situation.