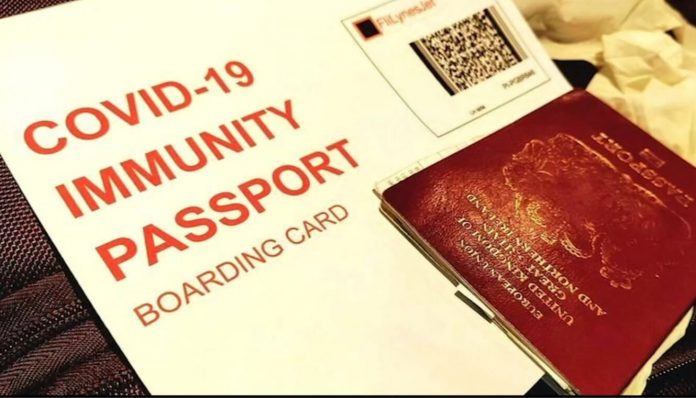 Chinese Virus
Share
Facebook
Twitter
Pinterest
WhatsApp
Max Fisher
The next major flash point over coronavirus response has already provoked cries of tyranny and discrimination in Britain, protests in Denmark, digital disinformation in the United States and geopolitical skirmishing within the European Union.

The subject of debate: vaccine passports — government-issued cards or smartphone badges stating that the bearer has been inoculated against the coronavirus.

The idea is to allow families to reunite, economies to restart and hundreds of millions of people who have received a shot to return to a degree of normalcy, all without spreading the virus. Some versions of the documentation might permit bearers to travel internationally. Others would allow entry to vaccinated-only spaces like gyms, concert venues and restaurants.

While such passports are still hypothetical in most places, Israel became the first to roll out its own last week, capitalizing on its high vaccination rate. Several European countries are considering following. President Biden has asked federal agencies to explore options. And some airlines and tourism-reliant industries and destinations expect to require them.

Dividing the world between the vaccinated and unvaccinated raises daunting political and ethical questions. Vaccines go overwhelmingly to rich countries and privileged racial groups within them. Granting special rights for the vaccinated, while tightening restrictions on the unvaccinated, risks widening already-dangerous social gaps.Vaccine skepticism, already high in many communities, shows signs of spiking if shots become seen as government-mandated. Plans also risk exacerbating Covid nationalism: sparring among nations to advance their citizens’ self-interest over global good.“Immunity passports promise a way to go back to a more normal social and economic life,” Nicole Hassoun and Anders Herlitz, who study public health ethics, wrote in Scientific American. But with vaccines distributed unequally by race, class and nationality, “it is not obvious that they are ethical.”

Still, there are clear upsides: grandparents reuniting with out-of-town grandchildren; sports, concerts and other events partly but safely returning; resumption of international travel and some tourism; businesses reopened without putting workers at undue risk.

All of that is why, Drs. Hassoun and Herlitz wrote, vaccine documents “may be inevitable.” 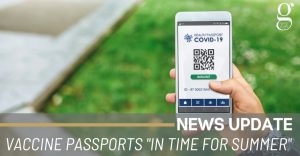 Widening Society’s DividesSome countries require proof of vaccination — for example, against yellow fever — to enter. So do schools and day-care facilities in many American states.

But there is little precedent for society-wide restrictions. And by limiting services to people with the proper paperwork, governments would effectively mandate vaccination to use them.

Special privileges for the vaccinated would, by definition, favor demographics that are inoculated at higher rates. In Western countries, those communities tend to be white and well-off.

This evokes an uncomfortable image: professional-class white people disproportionately allowed into shops, baseball games and restaurants, with people of color and members of the working classes disproportionately kept out. If workplaces require proof of vaccination, it could tilt employment as well.

“If vaccines become a passport to doing different things, we’re going to see the communities that have been already hardest hit by Covid being left behind,” said Nicole A. Errett, a University of Washington public health expert.

Then there is enforcement.

“We already saw, with the coronavirus regulations with lockdown, disproportionate amounts of stops and searches for young minority men,” she said, referring to police-issued searches and fines. “So you can see who is potentially likelier to be grabbed up for not carrying the passport and therefore be denied access.”

That risks increasing public distrust, she said, at a time when governments need perhaps three-quarters of their populations to voluntarily vaccinate.

Still, passport-style policies would, in theory, help control the pandemic as a whole, reducing overall infections and economic disruptions that fall inordinately on underprivileged groups.

The only way to untangle that dilemma, Dr. Errett said, is “addressing the inequality itself,” closing the racial and class disparities that have widened throughout the pandemic.

Then there is inequality among nations, mostly relevant for international travel.

The approved coronavirus vaccines have been, with some exceptions, generally distributed among nations rich enough to buy or produce them. The world’s poorest may be two or three years out, though their residents are also less likely to travel across borders.

Yet there are billions in the middle: with the means to travel, and sometimes the need, but not access to shots.

“If we are opening up the world only to people from high-income countries, we are creating a lot of inequity,” Dr. Errett said. “We’re cutting people off from resources and from connections that keep economies and communities thriving.”

Still, some poorer countries that rely on tourism are embracing the idea. Thailand’s authorities have said that they hope to set a policy this summer for accepting vaccine passports.

Some experts are urging governments to wait for international standards on the passports before opening up travel, lest uneven standards lead to unsafe practices or geopolitical gamesmanship.

Witness the maneuvering within the European Union, whose 27 countries share long borders but have starkly different economic needs and vaccination rates.

Southern European states like Spain and Greece, which rely on tourism, are pushing for the bloc to adopt the documents. German and French officials have expressed reservations, at least for now. Their countries have lower vaccination rates, meaning that travel restrictions would put their residents at a relative disadvantage.

A Struggle Over Mandates

When Britain’s foreign secretary speculated recently that proof of vaccination might be required for pubs and stores, a lawmaker in his own party, Mark Harper, retorted, “I don’t think you want to require people to have to have a particular medical procedure before they can go about their day-to-day life.”

Fringe activists had long opposed school vaccination, some motivated by conspiracies, others by what they described as all-natural lifestyles.

“It attracted a lot more people, and it made the bill partisan,” she said, with Republican state lawmakers near-uniformly opposing it as tyrannical government intrusion.

It passed, as did similar measures in other states. Vaccination increased and preventable disease rates dropped. But the dispute polarized some voters against vaccine mandates and even vaccines themselves. A follow-up bill in 2019 was even more fiercely contested.

Although Ms. DiResta supported the bills, she warned that “the specter of a mandate” could “erode the ability to appeal to people” to get Covid shots on the basis of informed consent.

Backlash, she said, is already forming on social networks, which have been incubators of “anti-vaxxer” sentiment.

“The European conversation around passports has really made it over into the anti-vaxxers communities here,” feeding conspiracies of forced global vaccination, she said.

California’s example suggests that vaccine opponents could exploit discomfort with government mandates to polarize people over whether to get vaccinated at all. Masks and distancing are already politicized in the United States, driving down compliance.

“I think the real risk, honestly, is going to be politicized misinformation,” Ms. DiResta said, which might frighten people into believing that “the government is forcing an intervention on you.”

Small minorities outright oppose vaccines. A much larger share — up to one-third of Americans, in one poll, predominantly Republicans — are merely hesitant. The push to achieve herd immunity will depend on that third.

One problem: There is no agreement on the primary purpose of a vaccine passport program.

Those goals align, but imperfectly. At some point, the authorities have to prioritize.

Dr. Errett ticked though implementation questions, broadly unknown, that could force an answer. Would you need two doses to get the document or just one? Do Russian- or Chinese-made vaccines qualify? What are the rules for religious or medical opt-outs? Are some activities restricted to card-carriers until herd immunity, just until infections fall below a certain line — or forever?

“We need to be cognizant of the costs and benefits,” she said, and not just to adjust as we go, but for “the precedent we’re setting.”

“We pandemic people,” she said, “have been saying it since the beginning: We don’t expect this to be the last pandemic that we see.”

Previous articleNot Everyone Loves Greta
Next articleLog in and Reading Problems