Prime Minister Justin Trudeau was humiliated in front of the entire European Union when a sitting member of the European Parliament accused him — to his face — of behaving like a tyrant and turning Canada into “a dictatorship of the worst kind” over his disgraceful handling of this year’s Freedom Convoy protests in Ottawa.

Croatia MEP Mislav Kolakusic made the stirring comments while Prime Minister Trudeau was on a two-day trip to Belgium.

“Canada, once a symbol of the modern world, has become a symbol of civil rights violation under your quasi-liberal boot in recent months,” he said.

Trudeau, once the darling of the liberal world, is going to come home from his European jaunt as a humiliated man. He was just forced to sit and listen while he was labelled a “dictator” who “trampled women with horses,” and “blocks the bank accounts of single parents.”

The whole world saw what he did. There’s nowhere in the world Trudeau can go to escape the ridicule.

Per Counter Signal: Kolakusic, having once lived under a Communist regime in Croatia, is more than likely only too familiar with authoritarian regimes, their consequences, and the grievances of everyday citizens. And like many who have survived Communist dictatorships, it is apparent that he shares the disdain over Trudeau’s use of Emergency Powers to target peaceful protesters who only wanted their rights back.

And indeed, Kolakusic isn’t the only MEP to suggest Trudeau is acting like a dictator.

In England, too, the response has been no better. During his first trip to the UK following the Freedom Convoy, Trudeau was greeted by protesters brandishing “F*** Trudeau” flags in front of PM Boris Johnson’s office, forcing him to sneak in through the back.

While it appeared that Trudeau was headed back to the EU for more PR after his first successful glam tour, the world is done with his façade. Trudeau is persona non grata on the international stage.

Take note, Cindy. Your time in the sun on the overseas stage has been cut short by your best friend Justin getting the arse.

Your fans here are beginning to wake up to how poorly you have been treating them. The only bad thing about this is it reduces your chances of any overseas job offers, and we will be stuck with you. Bugger. 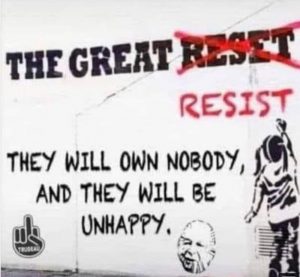 Previous articleWhy Do Lefties Lie So Much ???
Next articleHave Your Say