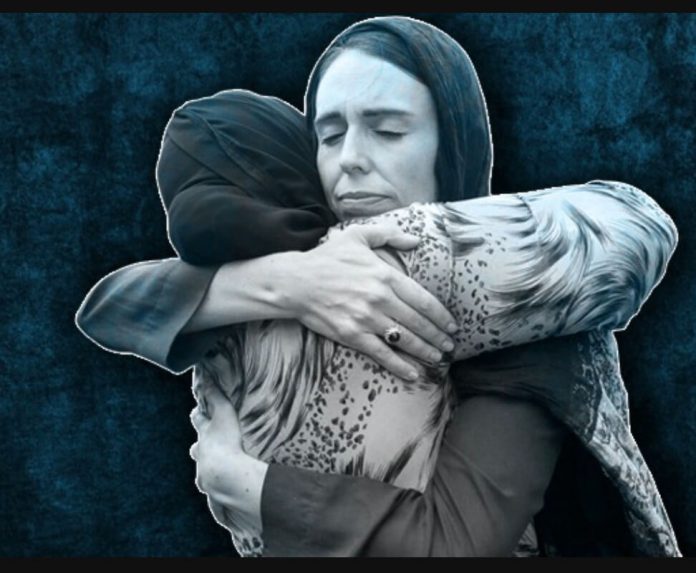 Part Time Prime Minister Jacinda Ardern and New Zealand’s security agencies have apologised to the victims, families and broader Muslim community for failings that created an environment in which the Christchurch mosque attacks could be carried out.

After nearly 20 months and multiple extensions the findings of the high-level investigation have been made public.

The 800-page report has been released along with promises from the government to implement all 44 recommendations, including further changes to how firearms are managed, to hate crime laws, and eventually the creation of a new national security and intelligence agency.

The Royal Commission was tasked with examining what exactly security agencies knew about the terrorist before the shootings and what it did with that information.

It was also looking at what could be done to prevent similar attacks ever happening again.

The inquiry found there was “no plausible way he [the gunman] could have been detected except by chance” by public agencies. However it also paints a picture of under-resourced security agencies, a patchy system for information sharing and enforcement, lax practices for firearms licensing and too much of a focus on the threat of Islamic extremism.

A major problem, it concludes, is that when it comes to issues like firearms licensing, social cohesion and counter-terrorism there has been “limited political ownership and an absence of public discussion”.

Prime Minister Jacinda Ardern, Police Commissioner Andrew Coster and the Director-General of the Security Intelligence Service, Rebecca Kitteridge, have all offered their apologies.

“For many years the, Muslim community has raised concerns over issues like the disproportionate scrutiny by security and intelligence agencies,” said Ardern.

“The report confirms there was an “inappropriate concentration of resources” … and failings within the firearms licensing system.

“The Commission made no findings that these issues would have stopped the attack. But these were both failings nonetheless and for that I apologise,” she said.

The report finds there has been an almost ‘head in the sand’ approach to the threat of terrorism, an unwillingness to talk about it publicly and alert New Zealanders to the risk. People noticing the shooter in the community, being aware of the risk of mass killings through access to semi-automatic weapons and being more proactive about reporting to authorities, would have had more chance of stopping his attacks than what government agencies would have had, said the Royal Commission.

It found he basically flew under the radar of the security agencies; 10 public sector agencies held information about him but nothing that would warrant a red flag. Tarrant emailed a manifesto to Parliamentary Service, along with politicians and some in the media, referring to the attack just eight minutes before the terrorist attacks started. The report found Parliamentary Service “followed correct procedure and acted promptly” and there was “no other information provided or otherwise available to any relevant Public sector agency that could or should have alerted them to the terrorist attack”.

The gunman “had no close friends and largely avoided social situations” and so was “socially isolated”, the report says.

“He was financially independent and widely travelled…in his preparation and planning for his terrorist attack, he was methodical and single minded.

“The individual could present well and conduct himself in a way that did not attract suspicion. He was not identified as someone who posed a threat.”

Imams from the Al Noor and Linwood mosques thanked the Royal Commission for its handling and sensitivity into the inquiry to produce the report, but said a lot of action would need to follow the findings.

The report’s recommendations look at how New Zealand can boost its counter terrorism expertise and capacity, how to better “confront and engage openly on the hard issues”, tighten up firearms licensing and the way the regime is run, broaden hate speech laws, support affected survivors, whānau and the broader community.

Ardern says all recommendations will be picked up but some, including the establishment of a new national intelligence and security agency, will need further consideration.

Today she confirmed a number of initiatives, including:

“At the heart of the Royal Commission of Inquiry are the 51 victims of the 15 March terrorist attacks, their whanau, survivors and witnesses,” NZSIS Director-General Rebecca Kitteridge said.

She “could not comprehend” what they had been through, and she had “reflected deeply” on the submissions and public comments made by the Muslim community who felt they had been “targeted by the security agencies”.

“I know that some people with whom NZSIS had engaged felt they were under suspicion or were of security concern when that was not so. In some cases this caused real anxiety, and led to the belief that the Muslim community was being monitored – which was not and is not the case,” said Kitteridge.

She said the agency should have done better to explain what they were doing and listening to concerns from the community: “I know that a number of people have found this upsetting, and to them I apologise”.

He accepted the findings there was a “lack of coherent and complete guidance for processing applications when a near relative referee could not be interviewed in person and that training and review processes were not adequate.”

Police should have done “more to consider whether the two referees knew the individual well enough to serve as referees”, said Coster.

“Whilst the Commission finds this would not have necessarily stopped an attack, we know we need to reassure the public we have learnt from this event and I am committed to ensuring that we give this work the priority that it deserves, and the public expects.”

Changes already made to firearms laws would fill the gaps that had existed before the attacks, he said.

While there was no specific intelligence failure identified for police, Coster said the report concluded their “intelligence function to assess strategic terrorism threats had degraded in recent years”. They will work on strengthening that part of its operation, and the ability to deal with hate crimes, he said.

“There are some hard lessons for police … but there are also some opportunities to improve and do better.”

Tomorrow, NZ Police will release its review of its response to the March attacks, to put more information into the public arena given there was no court trial after the shooter’s guilty plea.

National leader Judith Collins warned that the government needed to “tread very carefully” when implementing some of the recommendations.

In a speech in Parliament she said her party stood ready to work constructively with the government.

She said the report needed to be treated with the “utmost respect” but warned that recommendations around strengthening security agencies, and reforming hate speech laws needed to be properly scrutinised.

“We must safeguard New Zealanders’ rights and liberties because otherwise we will end up creating the very society that this terrorist eventually wanted, which is one that is not a liberal democracy … not one where other peoples’ views can be different from our own, and we don’t resort to violence,” she said.

Collins said while some things could and should have been done better, she did not want people working at security agencies to feel they are responsible for the terrorist’s actions.

“There is one person who is utterly responsible for the actions of that day. And that person is now serving a life sentence without parole.

“We always know that there are failings in any system and people make judgement calls that are sometimes shown to be wrong. But there is one person responsible, and that one person is the terrorist,” she said.

Collins said the shooter is an “evil terrorist” who wanted to spread fear and silence.

However she said he had “failed miserably”.

ACT leader David Seymour said he did not believe it was possible to say the attack was no one’s fault but somehow new entities would be more accountable.

“There has to be accountability when 51 people are slain. There cannot be simply an excuse that no one person was in a position to do so,” he said.

Seymour said the “sad truth” was the government’s response on firearms was “ineffective, divisive and premature”.

He also warned against changes that would restrict New Zealanders’ liberties, such as restrictive hate speech laws.

Seymour said the 51 victims of the attack deserved a better legacy.

“We must remain united around our common humanity and the freedoms of our liberal democracy that make New Zealand so special. That is the way to honour those lost last year”, he said.

Green Party ethnic communities spokesperson Golriz Ghahraman said the release of this report took everyone back to the day New Zealand’s heart broke.

She said the report vindicated concerns that security agencies had the blinders on to far-right threats.

Agencies that were entrusted with keeping people safe were “disproportionately and wrongly” targeting the Muslim community, Ghahraman said.

“I know that the report didn’t identify as directly leading to this act of terror, but we will never know what could have been had that agency ascribed resource into looking into white supremacy.

“And our marginalised communities will never feel safe while that system is not fixed,” she said.

Ghahraman said she was “heartened” the government had accepted all of the recommendations in principle.