You Stupid Boy
Home NZ Politics Cindy will be pissed.

Cindy will be pissed. 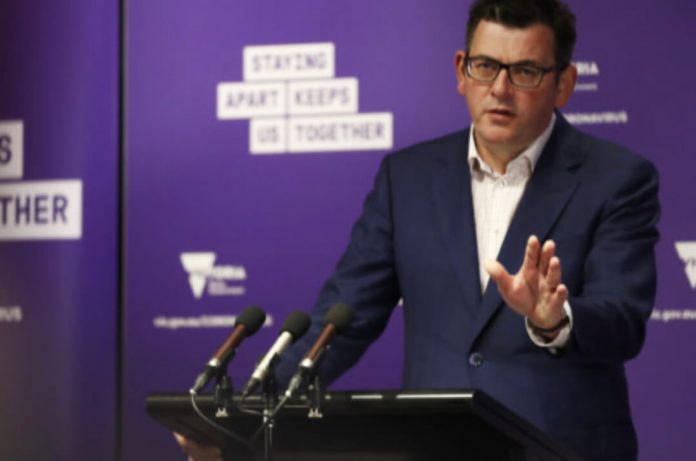 Her bestie Daniel has copied ACT and National policy and announced tax cuts.

Victorian premier Daniel Andrews has announced a massive $6 billion suite of tax cuts and cash grants in what he called “the biggest package of business support in the history of this state”.

As the Premier confirmed Victoria had logged 41 new COVID cases and seven deaths, his government has extended billions more in support to business, including grants of up to $30,000 for hospitality venues hit hardest by COVID shutdowns and distancing rules.

On the day the state was originally meant to be exiting its stage four lockdowns, strict restrictions and stay-home orders remain in force thanks to last weekend’s extension.

Instead of lifting lockdowns, Sunday sees a string of minor restrictions slightly eased or changed, including the opening of playgrounds and libraries.

The lockdown extension was met with fierce criticism and outrage from the business sector, which has spent the week calling for the state government’s roadmap to ‘COVID-normal’ to be accelerated.

Premier Andrews has steadfastly rebuffed those calls, but conceded the plan would require more support for business, with huge swathes of the economy either totally shut down or massively restricted.

Also on Sunday, the Premier announced the state government would forego the equivalent of one-quarter of its annual tax revenue, in a huge package of tax cuts and offsets for business, to aid in the recovery from COVID and associated lockdowns.

“We know that businesses are hurting,” state treasurer Tim Pallas said, in detailing the plan, claiming the government was “using every lever available” to give industry more help.

“I don’t think you will find a greater demonstration of commitment from any government across this nation,” Mr Pallas said.

Despite the promising numbers – which Premier Daniel Andrews optimistically called “a good day” –  and a rolling 14-day average case number of 36 in metro Melbourne, the government will not consider easing any restrictions for at least another week, when the Premier said he hoped to make “significant” announcements.

Just 14 new cases were logged in the state in the 24 hours to Sunday morning.

“That is proof positive, beyond any question, that this strategy is working. These numbers are coming down,” Mr Andrews said. “It is a very good number.”

I bet he didn’t phone Cindy or Robbo before announcing this new policy. No wonder Liarbour are in panic mode after National announced their tax policy. Liabour supporters are mainly the benificiaries of taxpayers money. Middle and high income New Zealanders pay the bulk of the tax. Therefore they will be the big spenders who will help get the economy going again.