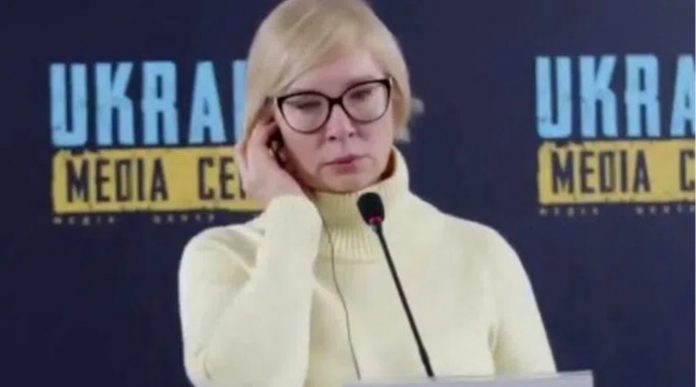 A top Ukrainian official has confessed that the government lied about Russians committing mass rape in order to convince gullible western countries to send more weapons to Ukraine.

Lyudmila Denisova, the former Ukrainian Parliamentary Commissioner for Human Rights, was fired following a vote of no confidence in the Ukrainian parliament which passed by a margin of 234-to-9.

Parliament member Pavlo Frolov specifically accused Denisova of pushing misinformation that “only harmed Ukraine” in relation to “the numerous details of ‘unnatural sexual offenses’ and child sexual abuses in the occupied territories, which were unsupported by evidence.”

In an interview published by a Ukrainian news outlet, Denisova admitted that her falsehoods had achieved their intended goal.

Despite the fact that her claims about mass rape were false, they were repeatedly amplified by legacy media outlets like CNN and the Washington Post.

“The media was quick to put this woman’s BS claims out but couldn’t care less about correcting the record,” writes Chris Menahan.

Indeed, there have been innumerable outright hoaxes and falsehoods throughout the war where so-called ‘fact checkers’ have been noticeable by their absence.

These include radiation leaks at besieged nuclear plants which turned out not to have occurred, the media’s complete misinformation about what happened on Snake Island, the ‘Ghost of Kiev Hoax, as well as the ‘attack’ on a Holocaust memorial that never happened.

“When, for example, I spoke in the Italian parliament at the Committee on International Affairs, I heard and saw such fatigue from Ukraine, you know? I talked about terrible things in order to somehow push them to make the decisions that Ukraine and the Ukrainian people need,” she said.