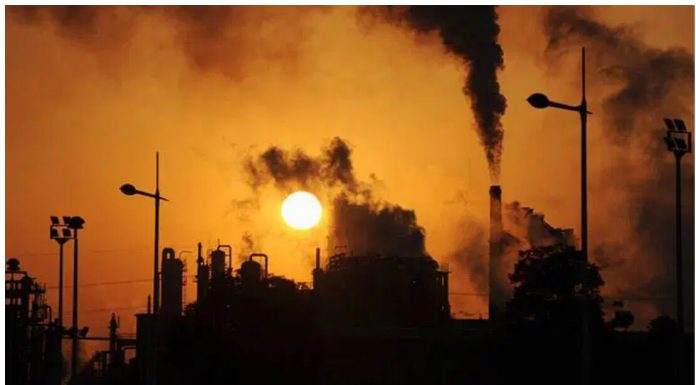 The Myth Of Humans Causing Global Warming Is Shattered

If you wondered whether human activity really contributes to global warming, wonder no more.

Buried inside editions of the Washington Post and a few other newspapers last month were stories reporting that despite sharp declines in carbon emissions during the COVID-19 pandemic, carbon dioxide levels in the atmosphere remained virtually unchanged.

Reporting on carbon dioxide measurements by the National Oceanic and Atmospheric Administration’s observatory in Mauna Loa, Hawaii, the June 7 Washington Post story said, “Economies worldwide nearly ground to a halt over the 15 months of the coronavirus pandemic, leading to a startling drop in global greenhouse gas emissions.”

“But the idle airplanes, boarded-up stores and quiet highways barely made a dent in the steady accumulation of carbon dioxide in the atmosphere, which scientists from the Scripps Institution of Oceanography and the National Oceanic and Atmospheric Administration said Monday had reached the highest levels since accurate measurements began 63 years ago,” the Post story said.

The message could not be clearer: Drastic, unprecedented cutbacks in carbon dioxide emissions from human activity will do nothing to combat what has been an increase of 1.8 degrees Fahrenheit in average global temperature since before the Industrial Revolution. And the corollary to that is that President Biden’s entire climate agenda that would add trillions to the U.S. government budget is based on a myth.

To be sure, scientists who subscribe to the climate change agenda have tried to explain away the startling findings.

“People may be surprised to hear that the response to the coronavirus outbreak hasn’t done more to influence CO2 levels,” said Ralph Keeling, a geochemist who runs the Scripps Oceanography CO2 program, according to a June 4, 2020 New York Times story reporting virtually no change in atmospheric carbon dioxide levels during the pandemic.

“But the buildup of CO2 is a bit like trash in a landfill,” he said. “As we keep emitting, it keeps piling up. The crisis has slowed emissions, but not enough to show up perceptibly at Mauna Loa.”

As emissions initially began to drop sharply last year during the pandemic, Scripps scientists offered another explanation for the failure to see a significant change in atmospheric carbon dioxide.

They said in a news release that even a sharp drop in emissions from human activity “is overshadowed by natural variability in carbon emissions from vegetation and soil in response to seasonal changes in temperature and soil moisture.”

In other words, scientists have no idea why carbon dioxide in the atmosphere remained virtually unchanged when the world’s economies were on lock-down, completely exposing the rationale for limiting burning of fossil fuels as a fraud.

Not to worry. Jason Bordoff, founding director of Columbia University’s global energy center, offered yet another way to obfuscate the findings. The problem, he said, is we have not reduced carbon emissions the right way.

“Shutting down economic activity is not a viable or desirable way to reduce emissions, and as economies open back up, it’s not surprising emissions are rising because we still have not put in place the changes needed for the overall system of how we produce and consume energy,” Bordoff said.

Even climate extremists admit that no one knows just how much human activity may be responsible for the increase in carbon dioxide levels in the atmosphere.

Now we do know.

For all the speculation, the fact is that when auto traffic sharply declined, factories shut down, restaurants were shuttered, airplane flights became almost non-existent, borders were closed, and schools and offices were locked down worldwide, the atmosphere remained virtually unchanged. Levels of atmospheric carbon dioxide peaked in May, reaching a monthly average of 419 parts per million, almost unchanged from the level of 417 parts per million in May 2020 and up from the May 2019 record level of 414.7 parts per million.

Yet no one could have said better than Biden himself how foolish his climate agenda that he wants to impose on the United States is. Departing from his prepared remarks, in a comment almost totally ignored by the media, the president said during his State of the Union address:

“The United States accounts, as all of you know, for less than 15 percent of carbon emissions. The rest of the world accounts for 85 percent. That’s why I kept my commitment to rejoin the Paris Accord because if we do everything perfectly, it’s not going to matter.”

The royal family is one of the largest landowners in the country. But apparently, it doesn't want that land affected by climate legislation.   By Shoshana...
Read more
Climate Change Bullshit

Imperfect Climate Scientists Posted oby Ron Clutz There’s a problem with writing about science — any science — which is that scientists are human like the rest of us....
Read more
Climate Change Bullshit

Rise Of The Climate Protectionists Western politicians have failed to persuade their own voters to commit economic suicide by banning fossil fuels–and forget about China,...
Read more