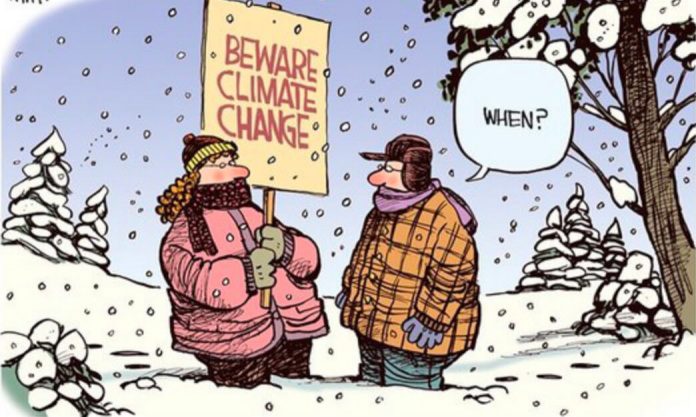 No warming has taken place in the United States since 2005, yet the media refuses to discuss the real scientific data

There has been a great deal of focus in recent years on so-called fake news and the dangerous effects of the dissemination of inaccurate information. While these concerns are certainly valid, the mainstream media has used these fears as a platform to launch an all-out attack against members of the independent media, labeling them conspiracy theorists and purveyors of dangerous, unsubstantiated information regarding everything from vaccines to pesticides.

One of the greatest differences in viewpoint between mainstream and independent news sources has revolved around climate change. While the mainstream media has created widespread panic by publishing one article after the other “proving” that man-made global warming is destroying the planet, the independent media has largely urged caution, stressing that the science does not support this theory.

Mainstream media outlets like CNN and MSNBC have been quick to pounce on this exercise of journalistic caution, calling it yet another example of fake news. But do the facts substantiate their claims? Not at all. In fact, 14 years of data collected by the National Oceanic and Atmospheric Administration (NOAA) prove that the independent media has been wise to exercise such caution.

This data confirms not only that temperatures in the United States have not increased in the past 14 years, but that if anything, they have actually decreased slightly.

The USCRN thus provides the first untainted, accurate climate data recorded in the United States since the global warming hysteria first began, and far from proving what so-called experts and media outlets have been claiming, the data shows zero warming since 2005. In fact, temperatures in the United States are now likely slightly lower than they were back then.

This is in direct opposition to the claims of climate activists who insist that specific areas of the United States have shown marked increases in temperature over that time period.

Furthermore, scientists believe that it is likely there have been no temperature increases in the U.S. since at least the 1930s, since the raw temperature readings collected by the USCRN virtually match exactly what was recorded 80 years ago.

And, with the rapid increases in urban development that took place during that time, temperatures are actually likely even lower than those captured by these weather stations.

So, yes, fake news is bad and dangerous. But each one of us can help stop its spread by making sure of the real facts of any news story – including the true, scientifically-backed facts about global warming.

Previous articleHave Your Say
Next articleDon’t Poke The Bear

Electric Vehicles Are A Tool Of Tyranny Written by Duggan Flanakin First, don’t blame the vehicle. It is a tool that might be just what Los Angeles needs...
Read more