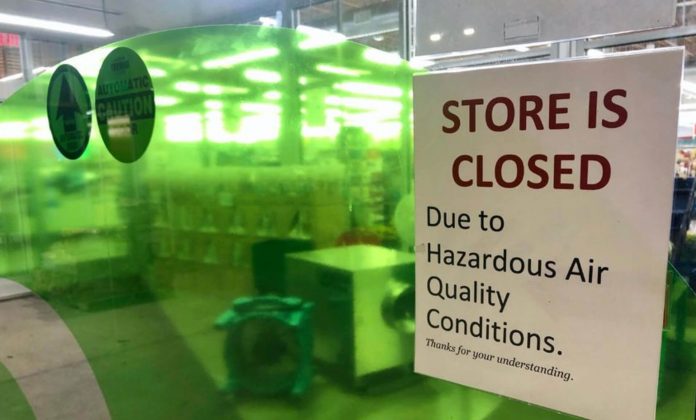 The novel coronavirus shutdowns and restrictions are slowly being lifted in most areas, but already warnings of a “climate shutdown” have begun reverberating on the environmental left.

A leading U.N. economist who advises European governments last week sent up a trial balloon via an article titled “Avoiding a Climate Lockdown,” arguing that in “the near future, the world may need to resort to lockdowns again — this time to tackle a climate emergency.”

“Under a ‘climate lockdown,’ governments would limit private-vehicle use, ban consumption of red meat, and impose extreme energy-saving measures, while fossil-fuel companies would have to stop drilling,” wrote Mariana Mazzucato, a University College London economics professor who is a member of the U.N. Committee on Development Policy. “To avoid such a scenario, we must overhaul our economic structures and do capitalism differently.”

Climate change skeptics immediately flagged her article on Project-Syndicate.org, which warned that the COVID-19 shutdowns have provided a blueprint for how to reduce emissions in a “climate emergency.”

“When COVID came along and the entire world went into a grip of fear and immediately started locking down, everything the climate activists had been demanding almost happened almost overnight,” said Marc Morano, founder of the anti-climate change website ClimateDepot.com. “In short, the COVID lockdown is a trial run for the climate lockdown.”

Climate change and the coronavirus pandemic have been linked repeatedly by prominent figures such as former Vice President Al Gore and billionaire Bill Gates, who said in an Aug. 4 op-ed, “As awful as this pandemic is, climate change could be worse.”

In July, the World Economic Forum launched the Great Reset Initiative to “jointly and urgently build the foundations of our economic and social system for a fairer, sustainable and more resilient post-COVID future.”

“They are not letting a crisis go to waste,” said Mr. Morano, who last week released the documentary “Climate Hustle 2.” “They’re calling for a socialist great reset against capitalism. They’re going to try to morph climate and COVID together and you’re going to go from a COVID lockdown to a climate lockdown.”

The conservative Media Research Center noted that Ms. Mazzucato‘s, article appeared on Project Syndicate, billed as “the world’s opinion page” and funded by, among others, billionaires Bill Gates and George Soros.

The pandemic lockdowns wound up reducing global emissions by about 5% from 2019 levels by mid-June, but climate activists have argued that greater reductions are needed to avoid a “climate crisis.”

“You think that one-month lockdown was bad in spring 2020?” tweeted University of Colorado Boulder professor Roger Pielke Jr. “So imagine 20x, non-stop for the next 50 years.”

“Last year, the International Panel on Climate Change argued that we just have 10 years left, 10 years left until climate breakdown basically is irreversible, but in 2019, so just last year, subsidies for fossil-fuel companies were estimated at something like $20 billion a year in the U.S. and $55 billion a year in the European Union,” she said. “What we actually need is a new social compact.”

Ms. Mazzucato founded the UCL Institute for Innovation and Public Purpose, and wrote “The Value of Everything” (2017) and “The Entrepreneurial State” (2013). She has served as an adviser to the Scottish and Italian governments, and European Commissioner Carlos Moedas.

Her website biography says her work has been funded by the Ford Foundation, the Institute for New Economic Thinking, and Mr. Soros’ philanthropy, the Open Society Foundations.

Previous articleHave Your Say
Next articleBrotherly Love not strong enough?