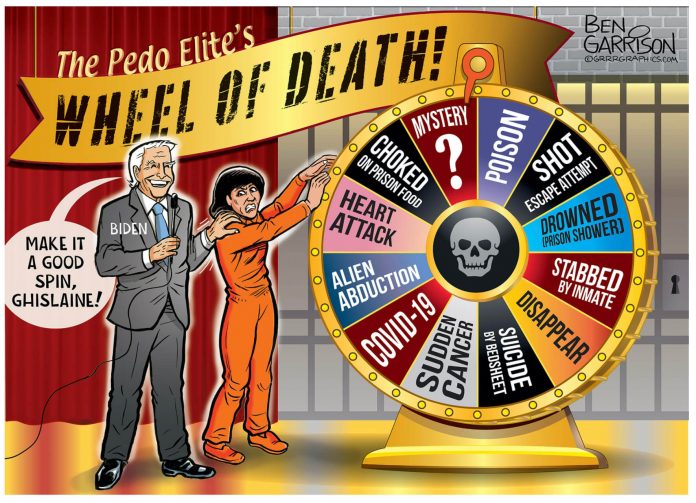 Ghislaine Maxwell Didn’t Kill Herself
Joe Biden has a problem and it’s not just his dementia. Ghislaine Maxwell could spill the beans on a great many Democrats as well as on a legion of left-leaning celebrities who support Joe. More scuffing added to Joe’s already tarnished image won’t help his presidential chances. Joe has long been seen as a pedophile that likes to grope children in public. One would think Joe would be aware of this negative public perception and refrain from such pawing, but he just can’t help himself and that’s a very bad sign.

As mentioned before, sociopaths such as Epstein and Maxwell don’t kill themselves because they feel no guilt. In their minds they’ve done nothing wrong and they love themselves too much to commit suicide. However, their powerful overlords are even more sociopathic and won’t hesitate to pull the plug. Again.