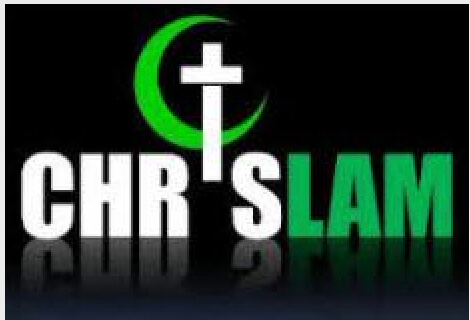 The latest manifestation of Islamic supremacism, leaching the meaning out of Christian observances, comes from Whitehall Primary School.

Children at a primary school have been told not to sing the word ‘Lord’ in the Christmas carol Away In A Manger – so that pupils of all beliefs can join in….

But which is more important: to allow Christian children to recognize Jesus as their “Lord,” as they have for two thousand years, or to change utterly what Jesus signifies, in order to make sure that “pupils of all beliefs can join in”? Since in the past centuries, no non-Christians – almost entirely Jews — in England have ever complained about the phrase “Lord Jesus,” what has changed things? We all know the answer: it is the swelling population of Muslims, who now feel numerous and powerful enough to demand that Christians change the essence of their religious observances to accommodate them. Thus a Muslim headmistress, determined to make her Muslim charges feel “comfortable” enough to “join in,” has ordered that “the Lord Jesus” will become “baby boy Jesus,” and “Jesus the savior” in another carol becomes “Jesus the baby,” and in yet another carol, “new King born today” becomes “a baby born today.”

Youngsters at Whitehall Primary School in Chingford, Essex, have also been told to sing edited versions of two modern hymns when they attend a carol service and nativity play at a nearby church on Tuesday.

One furious mother, a former Metropolitan Police officer, said the changes were utterly unacceptable and likened it to taking ‘Christ’ out of Christmas.

Of course these changes are taking the Christ of the Christians, whom they worship as the Son of God and Savior of Mankind, out of Christmas. Now he’s just one more bouncing baby boy, who, as Ilhan Omar might say, some people think did some things.

The mother, 36, said: ‘If he was just a baby boy named Jesus, there wouldn’t be a celebration in the first place. He is our Lord and Saviour and King of all Kings – that’s the whole point.

‘It is also a tradition – it is taking away the traditions of the country.’

The mother said her two sons, aged nine and 11 and who go to church and Sunday school, were very upset when Whitehall head teacher Zakia Khatun announced that the words of the carols would be changed.

She said: ‘My kids are being stopped from having the freedom to express their beliefs. They are shocked.’

The mother claimed that at a meeting on Friday, Ms Khatun defended her decision, insisting the school is inclusive of all children, and maintained that last year 60 children did not attend the carol service and nativity at St Peter and St Paul Church in Chingford because of their religious beliefs.

If 60 children – presumably all Muslims – did not attend the carol service and nativity at a nearby church last Christmas, whose fault is that? If Muslim children have been taught to be intolerant of the Infidels and what they see as those Infidels’ unacceptable beliefs, instead of being taught to treat those of other faiths with respect, that surely is their problem. They should be welcomed to attend the church’s regular Christmas observance, but not to have it changed to meet their outrageous demands.

Muslim headmistress Zakia Khatun of course is not backing down. Why should she? Muslims are in the saddle, and ride mankind. Zakia Khatun finds it unacceptable that Muslim children could feel left out, so she’s changed a few words to make the Christmas songs less of a psychic  burden for them. Besides, if all the children were made to sing the carols as originally written, that would be a sinister way for Christians to impose their beliefs on Muslim schoolchildren. If it is to mean anything, a Christmas celebration ought to be “inclusive”; nothing must be done to make Muslim children feel uneasy. Why should Christians complain? They should be thankful that for now there still is a Christmas celebration in the schools and churches. The next logical step, Zakia Khatun — and many other Muslims — may be thinking is to end the Christmas celebrations altogether, for how otherwise can Muslims in the U.K. truly feel “included”? Changing how Jesus is referred to in a few carols is insufficient; the entire observance of Christmas makes Muslim students feel left out. There are too many suggestions in the Christmas observances that Jesus is divine, rather than as what Muslims know him to be, one of 12,000 prophets. It’s a direct affront to their faith. Why should they be forced to stand it? Do they make Christians observe Ramadan? Or take part in Eid al-Fitr? Of course they don’t. Christians can quietly hold Christmas celebrations in their own homes, rather than in the schools and churches. What’s wrong with that eminently fair solution?

She [the Christian mother] believes the school is now discriminating against Christian pupils and has been told other parents are unhappy too.

She said: ‘We live in a multicultural society, so we should respect other beliefs but unfortunately Christianity is not getting respect.’Ms Khatun doesn’t want the people who don’t have the same beliefs to feel excluded, yet it’s OK to exclude Christians.’…

Whitehall is a multicultural state school with 485 pupils and is rated good by Ofsted inspectors. The school says it promotes British values, including ‘tolerance of those of different faiths and beliefs’.

Is Zakia Khatun, the Muslim headmistress, promoting the values of “tolerance of those of different faiths and beliefs” when she requires Christians to change their own observance of Christmas because  Muslim pupils, who have been taught not to tolerate the Christian view of Jesus — will otherwise refuse to attend?

A spokesman for the school said: ‘We are a community school serving children from a range of faith backgrounds.

‘In the past, not all were able to come together to celebrate Christmas, so we have worked hard with our local church to ensure the celebrations this year are accessible to all our children to participate in, together, as one.’

A spokesman for the Diocese of Chelmsford, which includes St Peter and St Paul Church, said: ‘The service maintains the traditional Christian message of the joy of Christmas in a way that can be celebrated by everyone, including those of other faiths and none.

The Christian clerics who willingly succumbed to those changes in the description of Jesus defend themselves by claiming that the “traditional Christian message” is “the joy of Christmas.” But where does that “joy” come from? It comes from the belief that God has sent His own son to earth to bring light to humanity, lost in the darkness of its own folly. Have these clerics forgotten, in their insensate desire to meet Muslim demands, what Christianity itself is all about?

No non-Christians in the U.K. – save for Muslims – appear to have ever demanded that Christian observances, including those at Christmas, be modified. No insistence that changes be made in Christian wording or worship from Jews, Hindus, Sikhs, Buddhists, Zoroastrians. Many Jews in centuries past either participated in Christmas observances without any complaint, or remained present, quietly observing, or if they wished, absented themselves; no one made a fuss; it would not have occurred to anyone to demand that Christians change their own observances  so as to be “inclusive.”

When Muslim students say their five daily prayers – which means two or three of them are said during the school day – they include, in the Fatihah, a curse on the kuffar. Perhaps some Christian teachers or parents should object, because the prayers the Muslim students say in school do contain these offensive verses. Shouldn’t they demand that those words cursing the kuffar be removed from the pupils’ prayers because “it upsets Christian and Jewish students, who feel not just left out but even, in those prayers, the objects of hate”? And surely Zakia Khutan, who wants her school to at all times to be “inclusive,” would have a hard time disagreeing.

If you are of another faith and don’t agree with what the Christmas message is all about, would it just be simple not to attend? No one is forced to attend. It’s the same as not everyone goes to every other church.

Previous articleHave Your Say
Next articleWoke Greens Awake Yet?

Why Have A Gun?

Why Carry a Gun? Steve Ortner My old Grandpa said to me, 'Son, there comes a time in every man's life when he stops bustin' knuckles...
Read more
Freedom of Speech

Conservatives Must Now Draw A Line In The Sand And Stop The “Great Reset”. By Brandon Smith. With Trump in office, a lot of liberty minded people...
Read more

Cicada recipes: How to cook these once every 17 years delicacies The 17-year cicadas have started to emerge from their underground homes and, soon, Northeast...
Read more