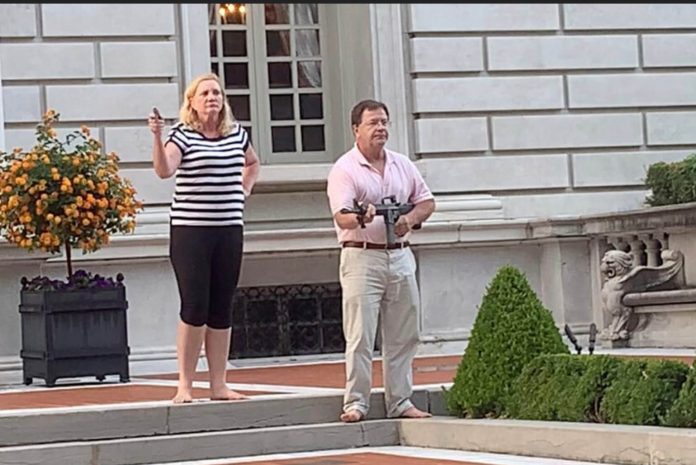 Missouri Governor Mike Parson pardoned Mark and Patricia McCloskey on Tuesday from the bogus charges issued against them by the Democrats, according to reports.

This means that the McCloskeys, both lawyers, will not lose their law licenses or their rights to bear arms.

Last June, Mark and Patricia McCloskey, the St. Louis couple who proudly defended their property and lives from BLM terrorists, pleaded guilty to misdemeanor charges and agreed to forfeit the firearms they used in their defence last year.

Thegatewaypundit.com reports: A Livestream of the militant mob clearly showed they entered through a gate into a private community.

Mr. McCloskey explained during his on-camera interview last year that he announced to the Marxist mob that they were on private property and that’s when they became enraged. 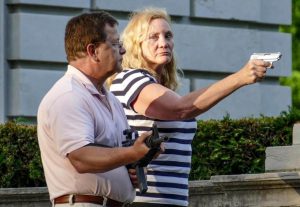 McClosky said one of the militants pulled out a loaded pistol magazine and clicked them together and said ‘you’re next.’

McCloskey believes that the only thing that stopped the crowd from approaching his home was his rifle.

Previous articleHave Your Say
Next articleThe Truth Is Slowly Getting Out