Complete human genome mapped by scientists for the first time ever 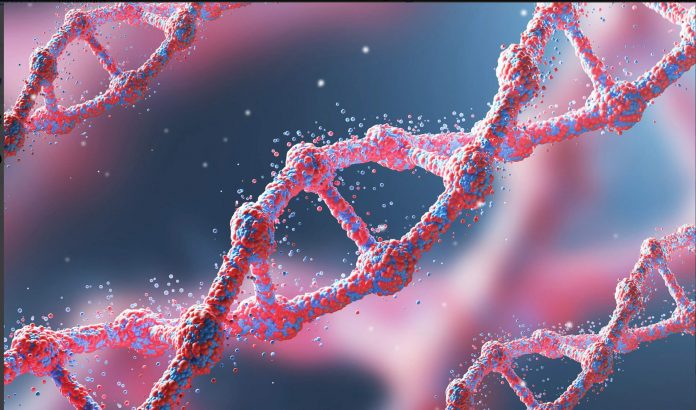 Complete human genome mapped by scientists for the first time ever

After more than 20 years, scientists have successfully mapped the complete human genome. Researchers say it contains over six billion “letters” of DNA.

Knowing every inch of the human genome opens the door to exploring all aspects of human development which genetics determine — shedding new light on diseases, intelligence, and even physical appearance. Genes control everything from eye and hair color, to height, to the size of your nose. The breakthrough is a “Rosetta stone” for understanding complex mutations underlying illness and evolution.

In 2003, scientists published a revised draft which was still missing more than eight percent on the genome. The hard-to-sequence long stretches were the most complex, full of repeating letters. They were impossible to decipher with the technology at the time. Now, an international team finally has.

“In the future, when someone has their genome sequenced, we will be able to identify all of the variants in their DNA and use that information to better guide their healthcare,” says lead author Dr. Adam Phillippy from the University of Maryland in a media release.

“Truly finishing the human genome sequence was like putting on a new pair of glasses. Now that we can clearly see everything, we are one step closer to understanding what it all means.”

Deciphering the ‘book of life’

“We are seeing chapters that were never read before,” says co-author Professor Evan Eichler from the University of Washington. “It turned out that many of the regions I was interested in were in the gaps.”

“Ever since we had the first draft human genome sequence, determining the exact sequence of complex genomic regions has been challenging,” Eichler continues. “I am thrilled that we got the job done. The complete blueprint is going to revolutionize the way we think about human genomic variation, disease and evolution.”

The Human Genome Project has taken more than two decades to reach this point and cost $3 billion. 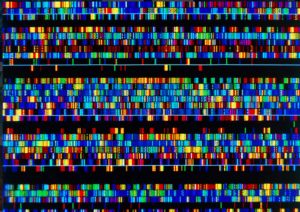 “There are no longer any hidden or unknown bits,” says former project leader Prof. Robert Waterston, who did not take part in the new effort, in a statement. “I think that is psychologically a big thing. I just admire these scientists for sticking with it.”

The study shows that the human genome is made up of just over six billion individual letters of DNA, about the same number as other primates like chimps. They are spread among 23 pairs of chromosomes. To read a genome, scientists first chop up all that DNA into pieces hundreds to thousands of letters long.

Sequencing machines then read the individual letters in each piece, and scientists try to assemble them in the right order, like putting a puzzle together. Most cells contain two genomes ­– one from the father and one from the mother.

“We came up with the idea of getting a complete genome by sequencing just one of the genomes instead of solving two at the same time,” Prof. Eichler explains.

New technology made the breakthrough possible

Other key advances included rapid improvements in Oxford University’s gene sequencing machines that can accurately read a million letters of DNA at a time.

“We had the benefit of youthful optimism and we were fired up by the promise of these new technologies,” Dr Phillippy says.

The machines ran non-stop for six months, with scores of scientists assembling the pieces and analyzing the results. They got a boost when California-based Pacific Biosciences introduced a new sequencer which generated “long-reads” that were greater than 99 percent accurate. By summer 2020, the consortium had two chromosomes and planned a “hackathon” to get the other 21 — working remotely over Zoom and Slack during the pandemic.

Dr. Philliphy adds it’s “a whole new treasure chest of variants that we can study to see if they have functional significance.”

Pinning down the complexity of evolution

Complex gene patterns may have helped create the human species and explain our rapid evolution. Some associated with bigger brains are highly variable, Prof. Eichler notes. One person might have 10 copies of a particular gene, while others only have one or two.

This can spell trouble during fertilization, when chromosomes from mom and dad line up and swap pieces. The mismatched genes can lead to an earthquake of alterations.

Prof. Eichler explains that “these regions become a crucible for both rapid evolutionary changes and disease susceptibility, both within and between species.”

Consortium members are now working to sequence a genome with different chromosomes inherited from each parent. They are also beginning a pan-genome effort to read the entire DNA sequences of hundreds of people from around the world.

“The goal is to create as complete a human genome as possible, representing much more of human diversity,” concludes co-author Prof. Erich Jarvis of Rockefeller University.

Could Electric Eels Point A Way To Future Battery Technologies? As the world’s need for large amounts of portable energy grows at an ever-increasing pace, many...
Read more
Chinese Virus

Masks Fail Their Latest Test Written by Steve Kirsch Masks do not work to protect anyone from SARS-CoV-2. It’s all based on sloppy science. We asked...
Read more
Chinese Virus

mRNA vaxx now major killer in Australia In all the no-effective-dose population accounted for 15.8% of all Covid-19 deaths between 1st and 31st March; whilst the...
Read more