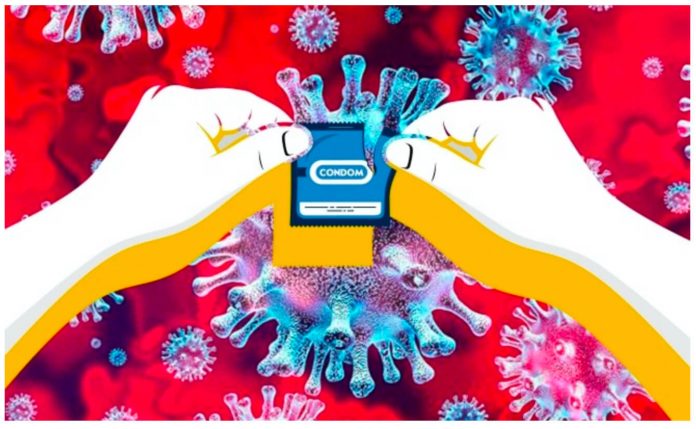 You Refuse To Wear A Condom? – Singaporeans Are Using Them For Protection Against Coronavirus

Both China and India are developing cou

ntries; we’ve been progressing, even if the pace isn’t as quick as we desired. But if there’s one thing that’s rather snowballing then it has to be the population in both these countries.

I think the fact that China and India’s population is off the charts proves that condoms aren’t really used here as much as they should be. In fact, if you see, a woman will never be the one refusing a condom; it’s always the men because they don’t get pregnant, should things go wrong. However, I do feel women must put their foot down and say ‘No protection, no sex!’

But Singapore’s population isn’t having any of this and it seems like they really do value their condoms, all the more now. And this is not just to have safe sex without any worries but as a desperate measure against protection from coronavirus. So much so that the medical stores have ran out of condoms (a phenomenon that will literally never occur in India!) This is after Durex jokingly advised people to use condoms as protection against the virus. 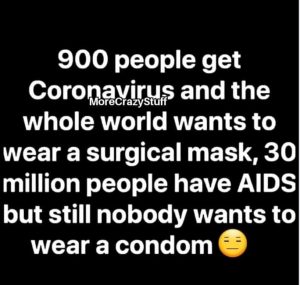 ll for desperate measures. In today’s time, the coronavirus outbreak has caused a global emergency, even though it’s China’s mainland that’s majorly affected. And it’s good that people are being extra cautious because prevention is better than cure. Singapore, has the very cool Changi airport which is also one of the most connected airports in the world, and this could mean that the country is more susceptible to the outbreak.

On 7th February, 2020, Singapore declared a ‘Disease Outbreak Response System Condition’ (DORSCON) orange level alert. The rapid advance of coronavirus called COVID-19 has spiked fear all over the world and people are stocking up on masks and surgical gloves. However, that has led to a shortage of these equipments. In fact, earlier some sellers had hiked the price of these items but eventually got fined by the authorities for doing so.

Singapore has been commended for the way it’s managing the crisis and people are stocking up on masks, hand sanitisers and food supplies. And now, even condoms! Apparently, people are using condoms on their fingers to press elevator buttons.

In fact, a conference that was held in a luxury hotel in Singapore where people from all over the world were present seemed to have contributed to the spread of the virus. Quite a few people tested positive for coronavirus when they went back to their home country. So, I think it’s great even if it seems a little too desperate.

Earlier, people in China have been seen making masks out of bras and pads when the stores ran out of surgical masks. Anything for protection! Only if people followed the same philosophy when it came to sex.