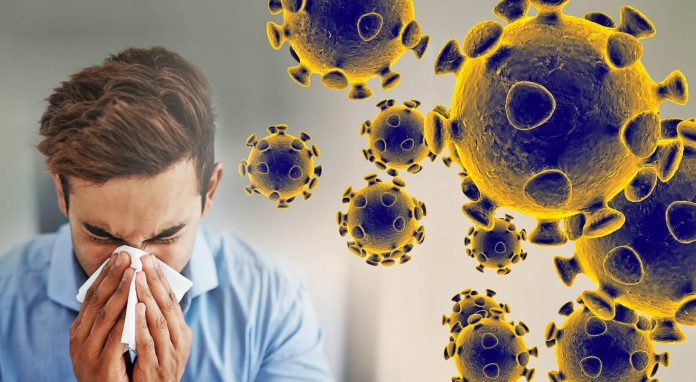 The person being treated for coronavirus wasn’t subject to any health checks on arrival to New Zealand despite being sick on the plane.

The infected traveller flew into New Zealand on Wednesday, February 26, from Tehran, Iran via Bali on Emirates flight EK450.

The patient is being treated in Auckland City Hospital and is in isolation in a negative pressure room to prevent any spread of the disease. They have been in the room since arriving at the hospital.

The Ministry of Health’s director of health Dr Ashley Bloomfield spoke with Kim Hill of RNZ on Saturday morning, saying the patient was improving, which was “good news”.

Bloomfield told RNZ the patient wasn’t subject to any health checks when they arrived in the country and travelled in on a Kiwi passport.

Passengers arriving into New Zealand are given information in both English and Mandarin about the virus and if they are identified as being unwell they would be assessed and transported to hospital.

The health assessments are not compulsory, and passengers can opt in if they feel ill.

The patient had reportedly felt unwell on the flight so was wearing a mask.

Bloomfield told RNZ the family’s person knew exactly what to do and rang Healthline.

The patient presented with symptoms of COVID-19 – coughing and having trouble breathing – which were of particular concern.

Medical staff had a “high degree of suspicion” about the patient, so continued to take further test samples from them, Bloomfield previously told media.

The person was the first in New Zealand to fulfil the definition of a suspected case.

The first two samples were taken from the person’s throat and nasal passage, and returned a negative result.

The clinicians persisted with a third sample, which returned a positive result and pneumonia was also visible on the chest x-ray.

Bloomfield commended the clinicians in persisting.

At least three family members were also in isolation and would be offered testing.

The ministry would not be re-testing any of the people it had previously tested in New Zealand who had returned a negative result.

Bloomfield said the process followed by the person and their family was “exemplary”.

Bloomfield told RNZ he was confident in New Zealand’s testing and despite it being possible there are undiagnosed cases, the risk was very low.

The director of health said those who were self-isolating had contributed to New Zealand staying free of the virus and there’s still the opportunity to prevent the virus spreading to the community.

On Friday, the Ministry of Health insisted the risk of a community outbreak of coronavirus from the patient was low.

Bloomfield told RNZ at this point there’s no need to avoid mass gatherings, only those who’ve travelled from areas which had coronavirus areas.

Earlier this year, National’s health spokesperson Michael Woodhouse said the Government had taken too long to implement the screening.

An Auckland Airport spokesperson said it had followed “Ministry of Health guidelines since the outbreak of COVID-19, and provided assistance to public-health workers in the international terminal.”

Auckland Airport continued to prioritise the safety and well-being of its people, particularly those working in areas with high passenger numbers, the spokesperson said.

The airport is following specific guidance from the Ministry of Health and is working hard to ensure people are supported and kept well-informed as the situation evolves.

Auckland Regional Public Health Service said the airport staff who processed the EK450 flight were not considered at risk.

A barber in Auckland has temporarily closed his business after he discovered he was on the same flight as the patient.

Calab Vincent-Goncalves told Stuff he wouldn’t have even known he was on the same flight as the person infected if a friend didn’t see it in the news. He said the lack of contact from the health department and the airline is a concern.

“Every person on that flight is a potential carrier and we are just letting them slip through the system instead of acting fast to ensure this does not spread.”

The Ministry said it would provide further updates on Saturday afternoon.

In the meantime shoppers are being asked not to panic and stockpile items.

Previous articleAn Ill Wind Can Be Good
Next articleHave Your Say