Corruption? I ‘d call it straight out thievery! 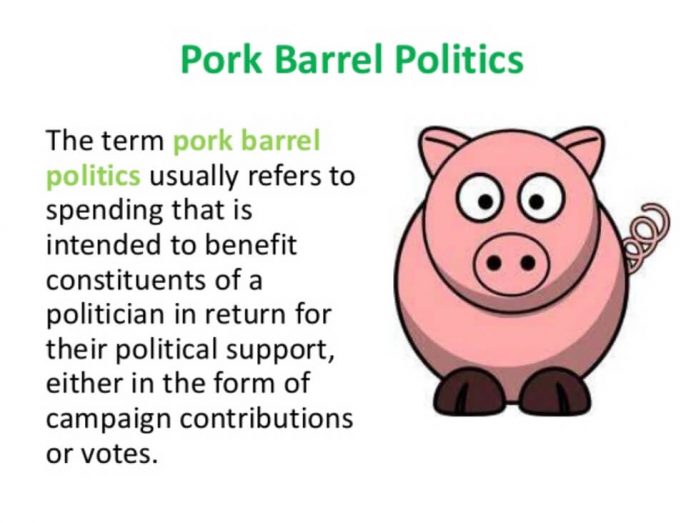 National leader Judith Collins thinks a $100 million grant for marae from the Provincial Growth Fund (PGF) so close to the election is “verging on corruption”.

The $3 billion PGF is overseen by Regional Economic Development Minister Shane Jones, who also happens to be running as NZ First’s Northland candidate, and Collins thinks he’s using the announcement to buy votes. 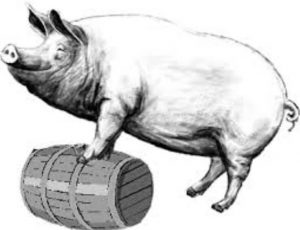 “Yeah, this is actually outrageous… Just pouring money in, in a last-ditch attempt to try and win a seat like that, is actually; it’s bordering on, let’s say, very dodgy behaviour. It’s just totally unacceptable,” she said on Friday.

Collins said Prime Minister Jacinda Ardern and Finance Minister Grant Robertson should not have allowed the funding to be allocated so close to the election.

“Jacinda Ardern knows about it and Grant Robertson’s signing it off with Shane Jones, so it is extraordinarily arrogant, but worse than that, it’s absolutely verging on corruption of the system,” she said.

“It should not be happening… I think people have seen enough of Shane Jones to know that he’s not the right person to be the MP in Northland.”

Jones is campaigning to win Northland from Matt King, the National MP who currently holds it. A Colmar-Brunton poll in August showed King on 46 percent, Labour’s Willow-Jean Prime on 31 percent and Jones on 15 percent.

“What it does show is the absolute desperation of doing that at a time when people are already voting. It’s extraordinary,” Collins said. “I just imagine the absolute hysteria that would be greeted if a National Government ever tried to do that.”

NZ First leader Winston Peters said Collins needs to “catch-up” on the fact that the $100 million was part of $600 million announced as part of a PGF package back in June to support regional economies recover from COVID-19.

“This was announced in May… and she never said a thing. How convenient is this?” Peters said on Friday, when asked to respond to Collins’ criticism. “We’re not going to bow down to that.”

Ardern also said it was reallocated money made available “some time ago” as part of the COVID-19 recovery.

“With the PGF, there was a view that there was some funding that should be reallocated to those projects that would create jobs quickly, get people into employment, and do that across the country.”

Ardern said it is “absolutely not” borderline corruption.

NZ First MP Jenny Marcroft posted an image to Twitter on Friday of a food platter captioned with a witty caption to hit back at the criticism.

“Here’s some sour grapes for all those spouting hot air about the PGF marae funding.”

ACT leader David Seymour came out swinging earlier this week when he found out about the funding being announced so close to the election.

“Less than two weeks out from the election, NZ First and Labour are using a slush fund of taxpayers’ money to try to buy votes,” he said on Wednesday.

“Shane Jones is going to announce $100 million of spending, which will include funding for the electorate that he’s standing in. While Mr Jones might think it will buy him votes, New Zealanders can see right through it.”

Jones told Newshub Seymour’s “headline-hussy approach” was “not worthy of a response other than it’s tawdry and it’s negative”.

He said the funding “signals the final major event of Provincial Growth Fund development strategy, and the fact that it’s in the north I don’t think should give rise to these tawdry accusations that it’s being pursued for local political purposes”.

Peters had a message for Seymour: “Have you been to your marae? Did you pay a fee when you were there? Well, what gives here? That sort of behaviour is just unacceptable.”

National’s finance spokesperson suggested earlier this week that the funding being announced so close to an election could breach Cabinet convention, as Jones is a Cabinet Minister.

Jones disagreed, insisting the Cabinet rules have been followed.

“Obviously the applicants have all been through a Cabinet-sanctioned process and the approvals have all been issued well within the Cabinet mandate.”

Otago University Law Professor Andrew Geddis said it’s a “wee bit complicated” because in the pre-election period, there is no general requirement that the Government park its business while the campaign is running.

“There is a weak expectation expressed in the Cabinet Manual that some sorts of decisions get put on ice before the election, but these are things like appointments, etc., where a new Government might have wanted to take a different path,” he said.

“I would think spending like Jones is proposing falls outside even that weak expectation… If National gets elected, it is free to reverse the promises!”

He said the real issue is that the announcement “feels a bit like bribery with our own money” or ‘pork barrelling’.

“We don’t really have constitutional rules against this… Instead, it’s left to the political bullshit detector… People can see what is going on and decide if it’s a good spend-up, or if it smacks of desperation and a last roll of the dice.”

In other words, it’s more a question of political ethics than constitutional rules.

Labour MP for Napier Stuart Nash defended the funding when pressed on it during an interview with Newstalk ZB’s Mike Hosking.

“Why shouldn’t Māori and marae receive it?” Nash asked.

Hosking responded: “Because we’ve got better things to do with our money and it doesn’t create the jobs you said it would or turn out to be the jobs-machine promised.”

Nash said his understanding is that it will create about 3000 jobs.