You Stupid Boy
Home Did You Know? Cyanide Is Everywhere 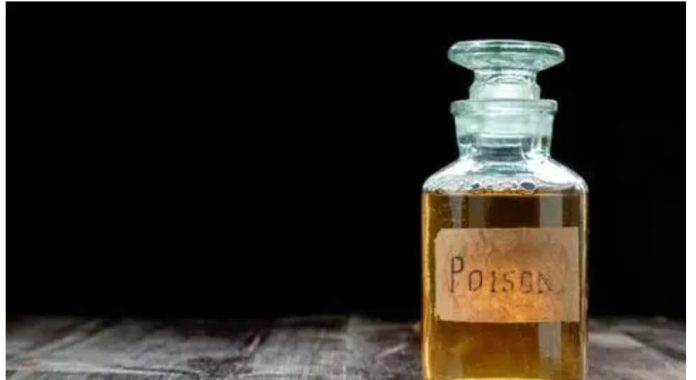 Cyanide scares a lot of people and it is more ubiquitous in our everyday lives than most people realize. Cyanide is a very useful compound in today’s economies. Approximately 1.1 million metric tons of hydrogen cyanide are produced annually worldwide.

Its used in a variety of industrial applications including plastics, mining, adhesives, fire retardants, cosmetics, pharmaceuticals, electroplating, food processing and as an anti-caking additive for table and road salts. (1)

Cyanide used by the plastics industry far outdistances all others. Plastic consumes more than 80 percent of the cyanide market for use in nylon and acrylic production compared to less than nine percent for gold mining.

Cyanide and the Body

Cyanide is produced in the human body and exhaled in extremely low concentrations (1-14 ppb) with each breath. It is also produced by over 1,000 plant species including sorghum, bamboo and cassava. (2)

Cyanide and thiocyanate are naturally present in urine and blood but this does not necessarily indicate poisoning. In fact, vitamin B12 (cyanocobalamin) contains cyanide and is needed to maintain a healthy diet and, surprisingly, to prevent iron-poor blood (anemia). Potassium cyanide reacts with water and ammonia under pressure to produce adenine, which is a building block to DNA. Hydrogen cyanide also promotes polypeptide formation from amino acids; polypeptides then complex to form proteins. In this regard, cyanide, is necessary to all forms of life and its presence does not mean imminent illness of death.

Cyanide in comets and as a precursor of life on Earth. In the early 1900s, Sir William Huggins, an astronomer, had found that comet tails include among other ingredients, cyanide. This led to a major scare for many folks when it appeared that the Earth would pass through the long tail of Haley’s comet in 1910. Since the comet contained cyanide people concluded that if the Earth were to pass through a comet tail, everyone would be poisoned.

Carl Sagan reports, “There were national panics in Japan, Russia, in much of the southern and mid-western United States. A hundred thousand people in their pajamas emerged onto the roofs of Constantinople. The Pope issued a statement condemning the hoarding of cylinders of oxygen in Rome. And there were people all over the world who committed suicide.”

However, hydrogen cyanide from much earlier comets may have had a part to play in the creation of life when the Earth was still young. Planetary scientists suspect that cyanide was abundant on early Earth, deposited here by meteorites or comets or created in the atmosphere by ultraviolet light or by lightning before the atmosphere became oxygen rich 2.5 billion years ago.

Cyanide, a carbon atom bound to a nitrogen atom is thought to be crucial for the origin of life, as it is involved in the non-biological synthesis of organic compounds like amino acids and nucleobases, which are the building blocks of proteins and nucleic acids used by all known forms of life. (4)

This notion that further reactions involving cyanide compounds on early Earth could have led to more complex carbon-containing molecules important to life is an extension of the famous Stanley Miller-Harold Urey experiment conducted in 1953 at the University of Chicago. This experiment attempted to recreate the chemical conditions of the primitive Earth in the laboratory using water, methane, ammonia, hydrogen and electricity (to simulate lightning). At the end of one week of continuous operation Miller and Urey found traces of organic compounds, including organic acids and amino acids. Subsequent experiments, adding traces of hydrogen cyanide, hydrogen sulfide and phosphates revealed many of the products being particularly characteristic of living things. (5)

Interestingly, in more recent times scientists recently re-analyzed some of Miller and Urey’s original samples that had remained sealed, and they were able to show there were actually well over 20 different amino acids produced in the original experiments. This is considerably more than what Miller and Urey reported and more than 20 that naturally occur in life. (6)

However, this is not surprising. These days analysts can find anything. Back in the 1950s when Miller and Urey did their experiment we were analyzing in the parts per million range, whereas today we routinely report in the part per trillion range and even greater.

The Asian monsoon is sending pollutants up to stratospheric heights and spreading them right across the globe. Once in the atmosphere, the pollutants circulate around the globe for several years. Some eventually descend back into the lower atmosphere, while others break apart. (7)

The cyanide is produced largely by burning trees and other vegetation but motor vehicle exhaust emissions are also known to contain hydrogen cyanide. Vehicular hydrogen cyanide emissions from modern in-use fleet at idle have been measured. Hydrogen cyanide was detected in 89% of the sampled exhaust streams. (9)

Cyanide containing substances occur naturally in over 2,000 plant species; some of these are food plants such as bamboo shoots, cassavas and seeds or stones of apples, apricots, pears, plums, prunes, and peaches. In these plants, cyanides are bound to sugar molecules in the form of cyanogenic glycosides. Cyanogenic glycosides per se are relatively non-toxic; however, they are converted into toxic hydrogen cyanide in the intestinal tract. Young children are more susceptible and chewing only a few seeds of these plants may cause cyanide poisoning. Cooking cyanogenic plants thoroughly in boiling water can effectively reduce their toxicity levels. (10)

We are all continually exposed to small doses of cyanide, not only in our daily lives but in polluted atmosphere. Cyanide in trace amounts is almost ubiquitous in the plant kingdom and, therefore, present in some of the foods we eat. Cyanide is necessary to all forms of life and its presence does not mean imminent illness of death.

Previous articleHave Your Say
Next articleBombshell: