Cyber Attacks Costly For The West 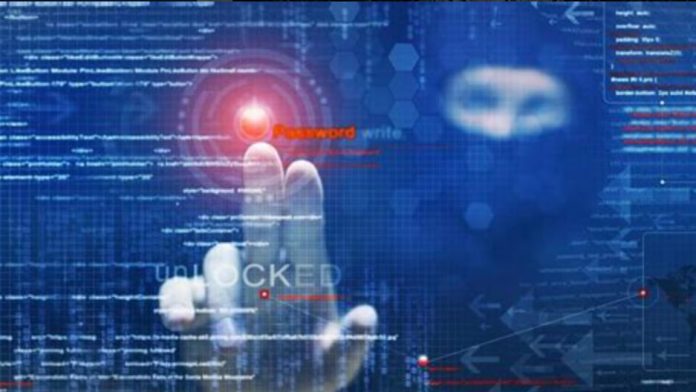 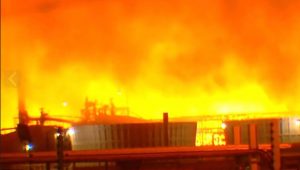 The explosion was inevitable. The pipes simply couldn’t handle the stress. As the liquefied natural gas burst through the pipe and expanded to its gaseous form, sparks from the metal ripping apart ignited the gas… and then – boom!

Luckily, firefighters extinguished the fire 40 minutes after the explosion… And no one was injured. But as we dig deeper into the circumstances that caused the explosion, things get strange. In a story that has since been scrubbed from the internet, Tom Rogan of the Washington Examiner dug into the situation.

Industry experts had one big question about the explosion. How does a critical overpressure event occur without safety systems kicking into action?

Remember, the pressure that caused the explosion was 10x the pressure the pipes were meant to handle. But no system alerted Freeport employees to a problem. The fact that safety sensors would malfunction at precisely the same time as the pressure built up is an unlikely coincidence.

And the experts Rogan talked to said a networked facility controls the flow from the storage tank into the terminal. And any computing system connected to a network is hackable.

One country that’s particularly active in perpetuating cyberattacks is Russia. On February 21, 2022, there was a fire at Marathon Petroleum Corp’s crude oil refinery in Garyville, LA.

Coincidentally – or perhaps not – the fire broke out the same day President Biden issued sanctions targeting Russia. Two days later, 24 hours before the Ukraine invasion, the Russians took down satellite communications in Ukraine.

And it’s believed that Russian operators have run “wiper” software on Ukrainian government, banking, and energy websites to destroy data on servers.

The idea of state-sponsored cyberattacks on critical infrastructure may sound unbelievable, like something out of a Tom Clancy novel. But it is actually quite common. U.S. authorities have admitted as much.

In March of this year, U.S. federal prosecutors alleged that three Russian spies tried to take control of power plants operated by hundreds of power companies across 135 countries.

While these recent attacks on energy stations haven’t officially been attributed to Russia, cybersecurity firms like SentinelOne believe the hacks were the work of the GRU – Russia’s military intelligence unit.

The GRU along with XENOTIME, a hacking group sponsored by Russia’s version of the NSA, make up one of the most sophisticated hacking rings in the world.

And XENOTIME is known for using malware that specifically overrides safety systems before hackers start playing with control networks. Something that appears to have happened at Freeport…

These groups are also widely believed to have infiltrated several U.S. infrastructure companies leading up to Russia’s invasion of Ukraine… This past February, in the weeks leading up to the invasion, hackers gained access to over 100 computers belonging to current and former employees of several major natural gas suppliers. These included Chevron Corp, Kinder Morgan, and EQT, among others. Now it looks like they may have evaded detection at Freeport…

Why would Russia go after U.S. LNG facilities? It’s all about maintaining control of the natural gas going into Europe. And if a foreign nation would go to such drastic steps to target these facilities, it tells us just how important this infrastructure is today.

We may never know if the explosion was caused by corporate espionage or just negligence on the part of the owners of the Freeport LNG… The facility had racked up multiple safety violations in the LNG process. And if they aren’t taking proper precautions to ensure the continuity of their main business, it’s extremely unlikely they are taking proper actions regarding cybersecurity.

Natural gas, which is primarily methane, is the third largest source of energy worldwide. 23% of the world’s energy comes from natural gas.

And in the developed, OECD (Organisation for Economic Co-operation and Development) nations, that number is even higher at 31%. And in the United States, 38% of electricity is generated by natural gas, by far the largest single source.

Hundreds of millions of homes, offices, and factories are dependent on natural gas for electricity and heating. In fact, in certain parts of the world, natural gas can be a lifesaver. In the American North and Canada, temperatures can drop well below freezing in the winter. Without natural gas to heat these homes, thousands of people would likely freeze to death every year.

Cutting-edge technology like nuclear fusion will eventually supply the planet with cheap, clean, and limitless energy. But for the foreseeable future, natural gas is the cleanest and most abundant non-nuclear fuel source we have to supply baseload power.

It used to be coal, but in most developed countries, natural gas usage has continued to increase over time as a cleaner burning fuel, particularly in Europe. Below, we can see three main sources of power for Europe since 1990. 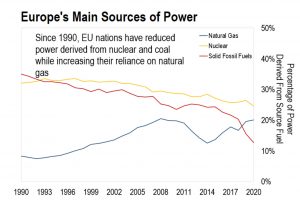 But the problem for Europe is they produce very little natural gas of their own. That makes them reliant on other countries for their supply. The biggest supplier of natural gas up to this year was Russia. 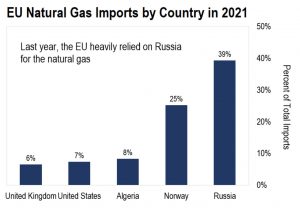 Prior to the conflict, Europe was receiving 40% of its natural gas from Russia. The Europeans are dependent on Russia for about 10% of their energy. For years, this wasn’t a problem. Every year, tens of billions of cubic meters of natural gas flowed from Russia to the rest of Europe through the critically important Nord Stream pipeline. But now, there’s a problem.

In response to the ongoing economic sanctions levied against the country, Russia announced that it would reduce gas flow through Nord Stream to 20%. That’s right. Gas flow isn’t decreasing by 20%, but to 20%. And for the first time in years, Russia exported no natural gas to Europe for a 10-day period this July.

Relying on Russia for natural gas was always a gamble. Western countries have been geopolitical rivals with Russia for over 100 years. And Russia is able to turn off the gas pipelines anytime they want. But it was a gamble Europe took to both reduce their use of coal and to turn off nuclear power plants, which, despite producing no carbon emissions, have become highly politicized in many countries. 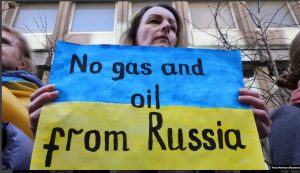 This dependence on Russian gas is now a huge problem for Europe. The entire continent is currently dealing with an unprecedented heat wave. Natural gas in storage is being used at a rapid pace to run air conditioning, which means there will be less available for winter. The demand for natural gas will not be subsiding soon.

The European Union (EU) announced on July 26 that the continent will begin rationing natural gas. They have to. Natural gas stockpiles are already below average levels. And with Russian gas not coming in, they are unlikely to have a full stockpile of natural gas going into the winter.

As of June, Europe was slightly below the five-year average of gas storage. But with Russia completely turning off the gas for 10 days and Nord Stream cutting to 20% capacity, it’s safe to assume they are now well below trend. 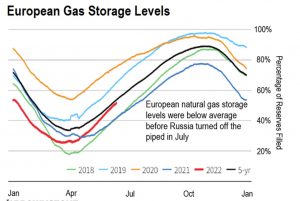 Europe is on the verge of a literal energy crisis. And there is only one realistic solution for the EU. If Russia won’t supply natural gas, European nations will simply have to find supply somewhere else. And the vast majority of this liquefied natural gas (LNG) is coming from one place: the United States.

Europe has made up for the missing Russian gas by increasing LNG imports in 2022. Through the first five months of the year, European LNG imports rose 58%. And the EU plans to end its reliance on Russian fossil fuels by 2027.

American companies are major contributors to the increase in LNG imports. U.S. LNG exports to the EU have risen 185% from last year. In June, the EU imported more U.S. LNG than it did Russian natural gas for the first time ever. 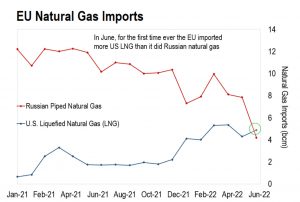 In March, President Biden promised the U.S. would deliver at least 15 billion cubic meters more LNG to Europe this year than originally planned.

Since the green movement likes natural gas for its limited CO2 emissions, we can expect both Democrats and Republicans will push natural gas projects forward. And with energy prices at record highs, this should be an easy sell politically. It will give companies the confidence to make large, multi-year investments to build out more LNG export capacity.

Previous articleHave Your Say
Next articleWhat Next?