You Stupid Boy
Home Leftie Stupidity Did someone forget our princess? 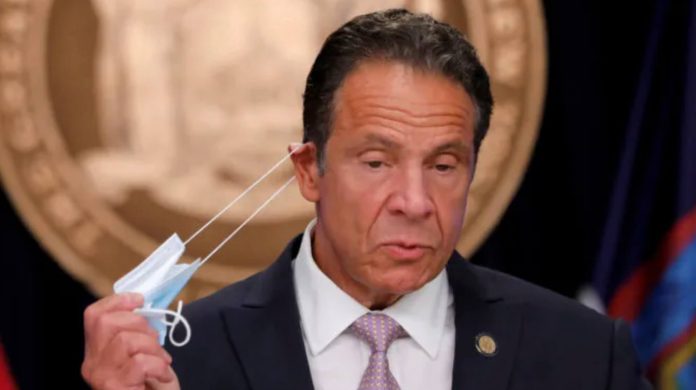 New York Democratic Governor Andrew Cuomo is to receive an international Emmy Award for using television to communicate with residents during the coronavirus pandemic.

No, this is not satire…

Cuomo will receive an Emmy for his televised coronavirus briefings despite the high death toll in New York and Cuomo’s spotty record on transparency. 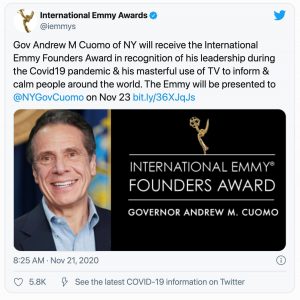 RT reports: The New York governor said it was “flattering” to be chosen as an Emmy winner, and said he would accept the award on behalf of all New Yorkers. The award will be presented to Cuomo next week.

But not everyone shared in his delight. Social media users asked aloud whether the announcement was a joke, with several comments saying that they thought the tweet was from the satirical news site the Babylon Bee.

Cuomo has been one of the most controversial public figures during the coronavirus crisis, garnering both praise and condemnation for his response to the pandemic. Many people pointed to the fact that among US states, New York has the second-highest Covid-19 death rate per 100,000 people, arguing that it was hard to take accolades praising his “leadership” seriously.

The governor’s administration advisory to place Covid-positive patients in nursing homes was used by numerous observers to underscore the absurdity of the Emmy announcement. Cuomo has even been accused of lying about the decision, which has been blamed for causing numerous deaths among the elderly. In fact, the Associated Press reported that nursing home deaths have been “cloaked in secrecy” under Cuomo’s award-winning leadership. Amid the mounting criticism, Cuomo later issued an order requiring hospitals not to discharge patients to nursing homes without getting a Covid-negative test first.

“Killing thousands of seniors earns him a ‘leadership award’ imagine if others followed in his footsteps or ‘leadership,’”opined one outraged Twitter user.

Others made the case that there were plenty of examples of when Cuomo was less than “soothing” or “informative” during his briefings on the health crisis.