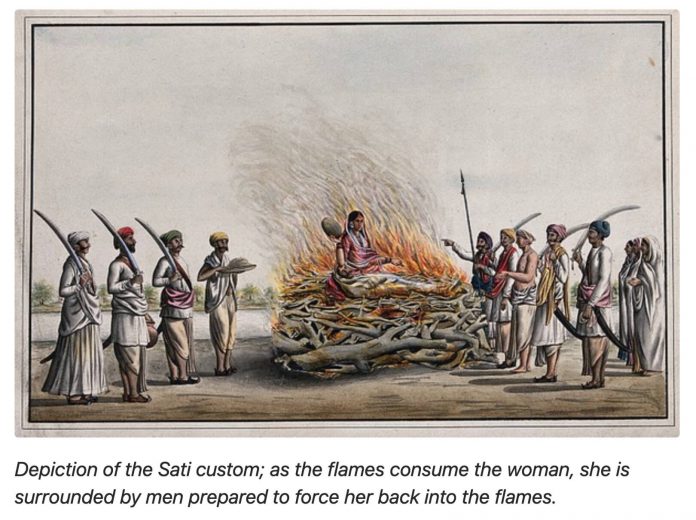 During the British colonial rule of the Indian Subcontinent, the ancient Hindu tradition of Sati was still practiced: The burning of widows alive, on the funeral pyres of their dead husbands, by force if necessary.

This triggered maybe the most British threat ever.

The British — horrified by these barbaric practices — passed laws, making Sati and the equally foul tradition of stoning lepers to death, illegal. This enraged Hindu Priests, who gathered a large mob to protest the interference in their religion.

“Be it so. This burning of widows is your custom; prepare the funeral pile. But my nation has also a custom. When men burn women alive we hang them, and confiscate all their property. My carpenters shall therefore erect gibbets on which to hang all concerned when the widow is consumed. Let us all act according to national customs.”

The mob dispersed, the priests quickly vanished, and the widows were no longer burned alive.

Claim: “Forever” Diamond Battery May Last Centuries California startup Nano Diamond Battery (NDB) says it has designed a battery made from nuclear waste that will take...
Read more
Did You Know?

Millions of dead jellyfish are washing up around the world. 'The blob' could be to blame. By Brandon Specktor The dead jellies form a 'crunchy carpet'...
Read more
Did You Know?

Pollution To The Rescue Of Overpopulation?

Scientist says human penises are shrinking due to pollution Dr. Shanna Swan believes that most men will be unable to produce viable sperm by 2045. Environmental...
Read more