You Stupid Boy
Home NZ Politics Do You Trust Cindy and Co ?

Do You Trust Cindy and Co ? 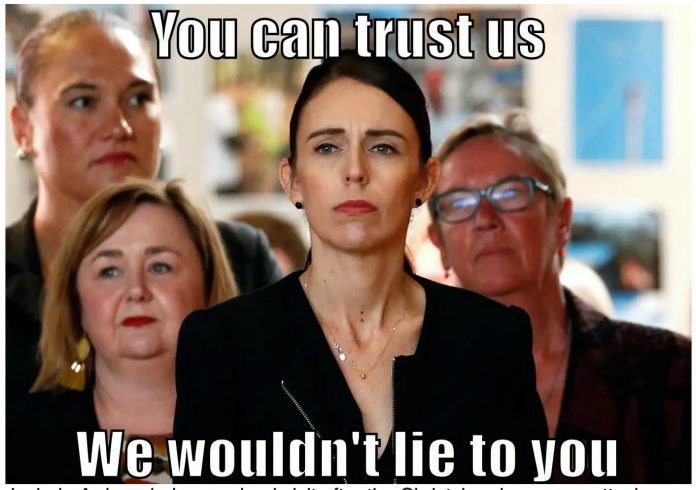 Trust in government is high in NZ, but will it last until the country’s elections later in the year?

New Zealand’s general election is currently set for September 19. Under ordinary circumstances, campaigning for the election and two referenda that will take place alongside would be heating up by now, but the country is three quarters of the way through a comprehensive level 4 lockdown.

The first question is whether the election should take place at all. Misgivings are beginning to emerge, including within the coalition government, but at the moment the answer is still a qualified yes.

Regardless of the precise date, New Zealand will be one of the first liberal parliamentary democracies to go to the polls since the outbreak of the COVID-19 pandemic – and it will be the most consequential election any of us have participated in.

Potential for a reverse snap election

Attempting to look five months out is a fool’s game at the best of times (which these are not), but elections are how we hold elected representatives to account. Unless the numbers of ill, hospitalised or dead New Zealanders take a sharp turn for the worse, the election is likely to go ahead.

If the numbers do worsen and Prime Minister Jacinda Ardern opts to delay the election, there are several ways in which the date can be pushed back, but it would still likely have to be held this year.

New Zealand’s three-year parliamentary term is entrenched in the Electoral Act, under which the last possible election date is on December 5, unless 75% or more of all MPs vote to extend the term of the 52nd Parliament.

What ever happens, it does not take much to imagine the logistical challenges that COVID-19 is posing for electoral agencies. Contingency planning for various scenarios is already underway, focused on identifying ways in which people can vote if they can’t get to a booth.

Postal voting is one option, but online voting on any significant scale is probably not, because of privacy risks and technical challenges.

Ardern’s calm, measured and reassuring leadership during the COVID-19 crisis has attracted plaudits at home and away – as it did a year ago following the Christchurch mosque attacks.

Unlike other Western countries, New Zealand has a goal to eliminate COVID-19, rather than containing it, and after almost three weeks in lockdown, the number of people who have recovered from the illness now exceeds the number of new cases each day.

According to a recent Colmar Brunton poll, 88% of New Zealanders trust their government to make the right decisions about COVID-19 (well above the G7 average of 59%), and 83% trust it to deal successfully with national problems.

Ardern has fronted the mainstream media more or less daily, her Facebook Live appearance in a hoodie on a sofa received more views than New Zealand has people, and her communication has been crisp, clear and consistent. Go hard and go early. Stay home and save lives. Be kind.

But this is now. Come September, when people’s memories of this phase of the crisis have dulled and they are looking for a path through the social and economic damage COVID-19 is wreaking, a different political calculus will apply.

The role of the state

Few may hold Ardern directly responsible for the wreckage, but she will be held to account for her administration’s response to the challenges that lie ahead.

At that point the contest becomes one of ideas. The pandemic has dragged some venerable old political issues to the surface, chief among them the relationship between state and economy.

In New Zealand, there is broad support for the speed, decisiveness and competence with which the government and its officials have acted. The language of “government failure” has largely vanished and the importance of public institutions has become clear to everyone.

So has the extent to which markets rely upon the state. Except for the truest of believers in market forces, the argument that governments should get out of the way and give the private sector free reign has become untenable. For the time being.

There is burgeoning hope that once the crisis passes we will do a lot of things differently, but a new political and economic order is not a done deal.

It may seem unlikely that swathes of voters will embrace a return to unfettered markets but it is equally improbable that many will be clamouring for a permanent highly centralised state.

Trust in government is back in fashion for the moment in New Zealand, but we simply cannot tell how widespread support for a more active state will be once the COVID-19 health crisis has waned and the country faces the economic impacts.

New Zealanders talk a good fight about egalitarianism but we are remarkably tolerant of income and wealth inequality, health disparities and homelessness. Those things and more are waiting for us on the other side of COVID-19, and while we may yet come out of this crucible with a new social contract, it will need to be fought for.

Health Minister answers questions as hospitals hit capacity From Checkpoint, RNZ. Hospital emergency departments around the country are heaving, and it is not yet winter. In the past...
Read more
NZ Politics

Why modern politicians are dumber. By Janet Albrechtsen. Most of this article is about how no normal person would enter politics. Especially if you’re on the non-left,...
Read more
Chinese Virus

The number one lie so far this week from our PT PM: "COVID KILLS" I kid you not. On Saturday night on TV One, when announcing...
Read more