You Stupid Boy
Home Freedom of Speech Do You Trust Your Doctor Anymore? 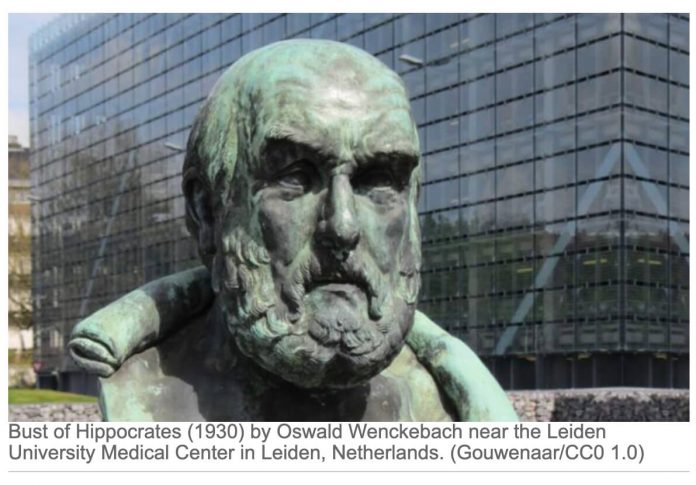 Do you trust your doctor anymore? Honestly?

I don’t mean Dr. Anthony Fauci. How can anybody trust him, with all the prevarications, constant shifts in policy and deceptions, not to mention hiding American taxpayer support for gain-of-function research at the Wuhan Institute of Virology and other aspects of the doctor’s dark past revealed in great detail in Robert F. Kennedy Jr.’s book?

I’m talking about your own personal doctor, the man or woman who has been your friend and trusted counselor for years, maybe decades. How do you feel about that person? Has it changed?

What many are perceiving as a growing mistrust of physicians is one, among many, of the tragic fallouts of the pandemic.

How that happened isn’t that difficult to trace.

But first, I must briefly interrupt this column to say something related that has now reached a critical level of importance:

Get off Twitter if you are still on it.

That the social media company banned Dr. Robert S. Malone, one of the key developers of the mRNA “vaccines” and a leading figure in the discussion of the pandemic, is an example of censorship straight out of the Goebbels playbook, with ramifications back to the treatment of Galileo.

No one who considers him or herself a supporter of the First Amendment should countenance this “cancellation” or participate in this for one second. Get off Twitter already. No excuses.

Now, back to the subject at hand. I wasn’t talking about all doctors, obviously.

Many are brave, and not just the well-known signers of the Great Barrington Declaration and other eminent physicians interviewed here at The Epoch Times, but quite a few local doctors as well, including some who practice something known as “functional medicine.”

But the great masses of doctors have melted under the pressure of the government, following the party line on the pandemic.

If you mention hydroxychloroquine and ivermectin or some other therapeutic or even, in some cases, the apparent superiority of natural immunity, they either don’t hear you or respond condescendingly, then point to the necessity of the vaccine.

At that moment, they are thinking of themselves, of their families, their incomes, their medical licenses, their relationship to their hospital or clinic, medical systems entirely dependent on cooperation, financially and legally, with the ever-changing diktats of the Centers for Disease Control and Prevention and the Food and Drug Administration.

Understandable, perhaps, but these doctors are, bluntly, acting cowardly and therefore earning our distrust. They probably know this and feel trapped, but that doesn’t excuse their behavior.

Their occupation has been elevated almost beyond all others. They should act accordingly.

In particular, they should remember the obvious, what they were first taught: Hippocrates’s “First, do no harm.” There’s a direct line from the ancient Greek to the vaccines. We don’t know the extent to which they “do no harm,” but it’s looking worse.

Malone—that poor, banned fellow—argued that only those over 65 should consider it, because only at that advanced age do the benefits outweigh the risks.

And yet our government is recommending the vaccination of five-year-olds. Is your doctor going along with this? It’s hard to justify considering the absolutely minimal COVID-19 risk to children.

No one knows what the future will bring from this, but auguries are not good. We already know that masking these same children is causing all sorts of developmental deficits.

They will haunt our society for years to come.

Meanwhile, many have seen the present from the inside and don’t want to talk. Among those who are talking are, interestingly, those lower down the medical totem pole than doctors—nurses. If you haven’t already, you can find extraordinary video testimonials on what is happening inside our hospitals on Gateway Pundit. It’s not fun, but I urge you to do so.

Sorry to be so depressing. Pointing out our alienation from our doctors—my father was one—is something I never dreamed I would be doing.

But there is a good side. Since government intervention in our health care has been so extreme for the past two years, we have, in essence, been living under a form of socialized medicine. (We have for a long time actually, but it has been taken to a new level.) We now have had a chance to evaluate this system, as they say, up close and personal.

I am willing to guess that most of us paying attention have come to the same conclusion about socialized medicine (maybe we did a long time ago, but it’s been ratified by the pandemic): It stinks!

WHO Says This Strain of Monkeypox May Spread Through Sexual Contact BY RICK MORAN The World Health Organization met on Friday to discuss the recent unexplained outbreak...
Read more