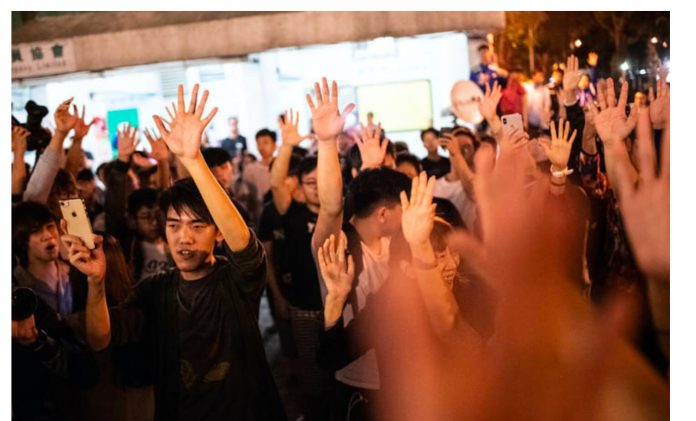 The election was billed as a test of support for embattled Chief Executive Carrie Lam.

Pro-democracy protest groups wanted the vote to send a message to the Chinese government after five months of unrest and anti-government protests.

Pro-Beijing candidates had called on voters to support them in order to express frustration at the upheaval caused in recent months by continuous clashes between protesters and police.

A record 4.1m people had registered to vote, or more than half the population of 7.4m.

Hong Kong’s district councillors mainly deal with local issues such as bus routes and garbage collection, but do have some influence in choosing the city’s chief executive.

Casting her vote, Ms Lam promised to listen “more intensively” to the views of district councils.

Previous articleClimate FACTS: Not Bullshit
Next articleTrump In Afghanistan