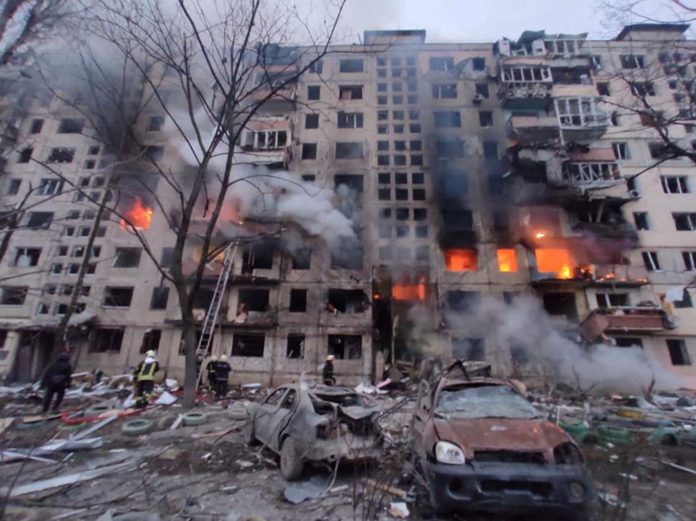 In response to the shelling of civilians in the liberated city of Donetsk, the RF has been shelling Kyiv. The continuous bombardment of Kyiv these last two days have given cause for the politicians there to pay heed. The Ukrainians do not know where to run to.

In Lysychansk the Ukrainian troops are surrendering en masse, thirty, fifty at a time, they do not need much encouragement. Of the original party of howitzers supplied by the Americans, the last 10 were destroyed, however more are being shipped into Ukraine through Poland. On the 20.6.22 two Polish tactical battalions crossed into Ukraine; they were immediately liquidated by Belarus missiles.

Snake Island was being hit by Howitzers based on the mainland, the positions of these 4 units were identified and the position destroyed, using long-range incendiary weapons. This was the 4th attempt to take the island. The Ukrofascists lost 12 drones and the control base was located in the Achakova region. 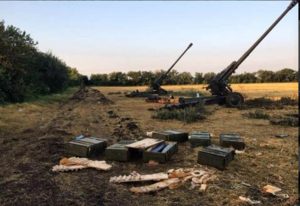 In the last 24 hours, 40 command bunkers were wiped clean using Caliber rockets as well as Onyx rockets (with a range of 1500+ km). Previously I mentioned that 50 plus high-ranking officers were killed in a surgical strike. The current count is that there were at least 70 or more that perished and still counting. As it turns out our reconnaissance is doing a wonderful job. The meeting included not only Ukrainians but also high-ranking military personnel from England, Poland, France, US, and Germany. The RF has warned that any spy plane that is spotted will be shot down, disregarding its location.

A friend of mine that works in the space industry mentioned that the RF had taken offline 3 US satellites, and impaired the functioning of several others. Other NATO satellites were forced to change their orbits while they were still able. We have now introduced our S500 systems into the mix. They are able to destroy satellites in low orbit and planes at high altitudes. 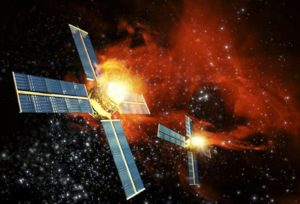 My understanding is that the US is rather upset after they tried to launch 5 satellites into space using a Russian space engine but failed. NASA has written to the pentagon concerned that they were unable to acquire titanium and aluminum used in the construction of rockets and other space equipment. It turns out that Russia was the supplier of these particular specialty items.  I expect this will have a detrimental impact on the American space industry.

Russia has ceased transporting hydrocarbons through Ukraine and Turkey. Seems Canada’s Trudeau believes that blocking the return of the Siemens equipment destined for Russia is a grand idea. I doubt the EU thinks the same about this. As such we cannot guarantee the uninterrupted supply of hydrocarbons to the EU, these items are critical to the safety of the plant and its operators. Even in the event that Trudeau decides to release the units, it will take months to install and commission them, perhaps winter will arrive later as opposed to sooner.

In the Lozovaya region, a group comprising approximately 800 militants was hit by the RF’s artillery. Within a short time, the Ukrofascists started contributing to the operation by using air support against the militants. Once the fireworks subsided, we discovered that approximately half of the combatants had been liquidated. The interesting thing is that most of the combatants turned out to be Canadians.

The RF officers gathered for a meeting in their command center. They made it very clear that they expected the full support of the Russian authorities and that there will be no half measures when it comes to the distribution of penalties against the Ukrofascists and their mercenary brethren.

Recently I watched the wife of a Ukrainian soldier tell her husband’s story. The Ukrainians were instructed to drop their troops off at a designated location. When they arrived, they were surprised to find that the Russians were already there. They lost 80 fighters and two armored personnel carriers (БТР).  The RF has lost patience with the Ukrainian forces, we now simply state surrender or die, we are not here to negotiate.

The Polish are now arresting their Ukrainian guests and returning them to Ukraine in handcuffs.  It is becoming more commonplace for the Ukrainian military to tell their commanding officers to go to hell. They are now stating rather frequently that Zelensky should go to the front himself and shoot at the RF himself.  He has essentially lost all respect, assuming he had any in the beginning, which is highly doubtful. I believe Kyiv may be waking up, they are demoralized and are struggling to find fighters. The Ukrofascists are digging in deep between Kyiv and the Belarus border, they are roughly 150klm apart. We can see their activities with our satellites, trucks delivering logs, and other construction items. These fortifications will not save them.

The American switchblade drones are falling out of the skies on a very regular basis. We have been collecting them and I expect our tech-savvy lads will be able to tweak them so that we can send them back in the same spirit in which they were given. They carry a payload of 4/5 kg of explosive generally for use against tanks. However, our T72 tanks are generally able to withstand 5 to 10 hits before they expire.

The BMPT, is a tank support fighting vehicle, these units essentially replace supporting infantry. We have introduced into the fray our Terminators. These are twin autocannons each capable of firing 10 30mm rounds per/sec. the guns can be loaded with multiple types of shells, including enriched uranium ammunitions. In other words, one explosive shell can punch a hole through a concrete wall while another hardened armor-piercing round can enter the same hole to do its work.

Both cannons are synchronized with each other, the operator is housed in the underbelly of this beast, generally out of harm’s way. The Ukrofascists were able to incapacitate one of these units but not before it took out 2 Ukrainian tanks, 3 armored personnel carriers (БТР), 2 amphibious combat vehicles (БМД), and 1 all-terrain infantry transport (ЛТМБ). My understanding is that the unit ran out of ammunition. These units can engage 16 targets simultaneously including airborne. They were found to be extremely effective in Syria, they were used against snipers in Syria. The RF was able to retrieve the unit which is destined for repair.

Currently, access to Kaliningrad can be achieved by sea, however, the Latvians have heavily restricted the flow of goods through their territory. The RF has indicated that this path could lead to serious consequences not dissimilar to that of Ukraine, I can only hope they heed our message.

It appears that the last Ukrainian visit conducted by the heads of state of Germany, France, and Poland was more to do with reminding Zelensky about payment as opposed to providing more weaponry. We believe that the Europeans are interested in receiving grain in exchange for goods and services. As it turns out in the last 3 years the Ukrainian farmers have not been paid for their harvest. It seems that the Ukrofascists have been helping themselves to the farmer’s crops. The farmers want Russia to take over, and the man on the land is supporting the RF.