You Stupid Boy
Home Chinese Virus Don't You Know Who I Am?

Don’t You Know Who I Am?

Rich People & Journalists Made Exempt From Having to Enter COVID Quarantine

Journalists and rich people defined as “high value business travellers” will be made exempt from having to enter a 2 week COVID quarantine when they return to the UK under new rules announced by the government.

“From 4am on Saturday, people in a number of categories will no longer have to self-isolate upon returning to England, even if they are travelling from a country not on the travel corridors list,” reports Sky News. 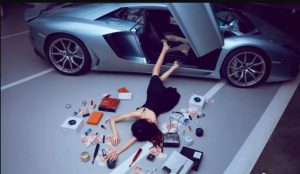 Under current rules, anyone returning from a country not on the UK’s “travel corridor” list has to self-isolate at home for 14 days or face escalating fines.

Public Health England said the new measures will not raise the risk of domestic transmission of coronavirus.

The rule change is being pitched as a way to help boost the economy, but many responded by framing it as a classic example of elitist privilege.

“We are being governed by absolute fools, clowns and charlatans. If I’m rich enough to afford Business Class I’m immune to Covid?” asked one Twitter user.

“Ah! One rule for “us” and another for all the “little people”. Shrewd move just when trust and social cohesion is needed,” remarked another.

“What a load of rubbish. You mean those well off don’t need to follow “quarantine measures,” said another.

“There will be some big businesses that are able to take advantage of it,” said Paul Charles, chief executive of travel consultancy The PC Agency, underscoring once again how the rules favour large transnational corporations while small businesses continue to go bust.

Does this mean a blog owner can be classed as a journalist? Yay I knew this blog would pay off for me. Sorry. the rest of you plebs can suck it up and stay under the thumb. 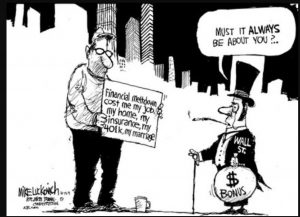 Previous articleHave Your Say
Next articleFor all you old coots, save yourselves