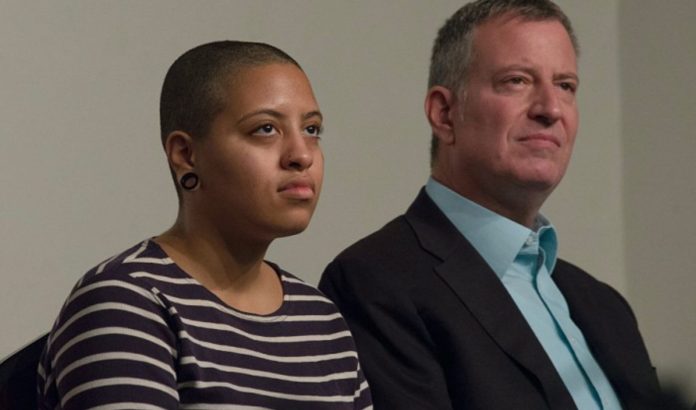 New York Mayor De Blasio’s daughter was caught in an embarrassing on camera verbal slip up when she told an interviewer that Joe Biden “was able to steal” the election.

There were in fact two major gaffes, with Chiara de Blasio initially telling the interviewer how happy she was that “now we have the first black Asian female president in office elected,” referring to Kamala Harris.

Harris would of course become Vice President if Biden’s win is certified, although many have suggested that she could soon find herself in the Oval Office given Biden’s declining cognitive abilities.

De Blasio followed up by saying that Biden stole the election, before correcting herself.

Given what happened, maybe de Blasio was right the first time.

The 25-year-old has become a prominent left-wing activist and she was arrested back in May during a George Floyd protest.

Previous articleHave Your Say
Next articleOnly way to stop them