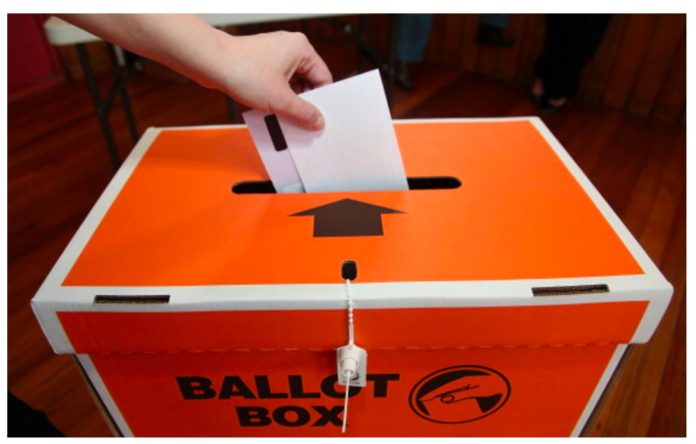 Parts of the country are increasingly looking likely to be living under varying kinds of lockdown when the general election rolls around on 19 September.

The Electoral Commission is already working on alternative ways of collecting votes, but National is sceptical about whether a new system can be trusted.

With New Zealand now in full lockdown for at least another two weeks and businesses and livelihoods in disarray, the opposition said an election in September just seemed too much.

National’s deputy leader and campaign chair Paula Bennett said the government and opposition needed to discuss in the weeks ahead whether 19 September was a realistic date.

“I must say that even in the last couple of days I’ve just been wondering just how ready would the public be for a September 19 election and is it fair to them and fair to our whole democracy system to be asking them to go through that,” she said.

Bennett said she wanted serious time and thought given to any alternative voting methods.

“I do think there’s other ways of people actually voting but as I say I do think being engaged in an election and making sure they have the right information is something that has to be thought through really carefully.”

Electoral Commission chief officer Alicia Wright was far more optimistic and said it was full-steam ahead.

”The expectation is that you’ll still be walking into voting places but we’ll also be providing targeted services,” she said.

”That includes things like dictation voting, take-away voting, the use of our upload/download service and postal voting.”

Delaying the election was not something she wanted to contemplate.

”Well that’s the last thing that we want to be doing. What we want to do is ensure we’re thinking about the services we can provide at those different alert levels and we’re working that through right now.”

Justice Minister Andrew Little met with the Electoral Commission this week to talk about contingency plans.

”All the planning at the moment is on the basis of a 19th of September general election. Obviously the Covid-19 response is complicating some of the longer term planning for that,” he said.

Little said restrictions on a region-by-region basis were looking likely in September.

”Looking out six months, if you’re trying to predict with some degree of certainty – and I appreciate there won’t be a great deal – but it is more likely than not that there will be differing alert levels in different parts of the country rather than a single alert level across the whole country.”

That meant some voters would not be able to go to a polling booth. Wright said even those that could may have to do things differently.

”And so we’re working through all of those details right now to ensure we can deliver on that.”

Postal voting and the overseas service – allowing people to download a voting form, fill it out and then upload and send it back – were both options being considered on a larger scale.

The Electoral Commission and the opposition were both giving online voting a wide berth, although various versions of it have been tried overseas.

Campaigning would also take a hit as a result of Covid-19, and Bennett said an election without being able to go door-to-door was a real problem.

”I mean, goodness, as politicians we learn so much knocking on people’s doors.

”They talk more freely, and for that to be taken away – look, we’re all in a new norm but when it comes to something as important as choosing your next government, one would have to say that those sorts of activities are vital,” she said.

Up until even a week ago the prime minister was holding firm on the election going ahead.

”Really I feel it’s too early for me to say what situation New Zealand will be in even in a month’s time.

”I’ll continue, though, to make sure we give plenty of consideration to that with a good lead time,” she said.

It’s not just an election causing headaches. Two referendums – one on legalising cannabis and another on euthanasia for the terminally ill – are also at risk of being delayed.

While in lockdown and working from home, Little is continuing to sign off on the information that will be made public on both referendums and he plans for it to be available very soon.

Little said people had a lot more time on their hands than usual at the moment and having the cannabis and euthanasia material published for voters to engage with made good sense.

He said he could not see a situation where the election would go ahead without the referendums, but also wanted to make sure the public was fully informed on the issues well in advance.