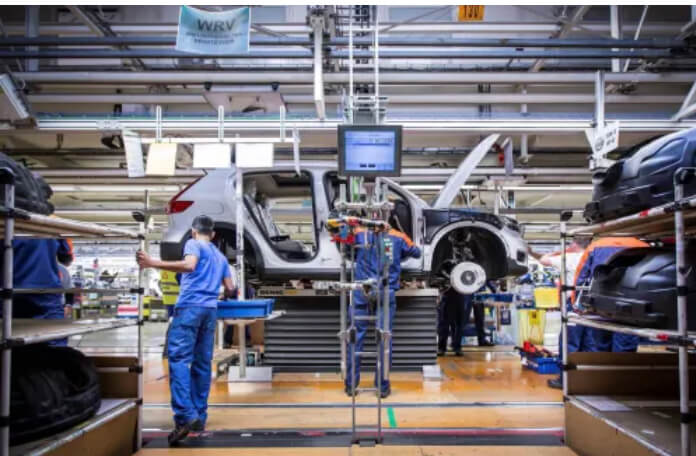 A new restaurant has opened in town. Only the portions are small, the food is cold and tasteless, and the service is grumpy and indifferent. The owners appeal to the Government, which promptly bans all rival restaurants within a 25-mile radius.

If this sounds madly improbable, it shouldn’t. The principle is alive and well in the UK, and beginning to define how we live and work.

Lobbyists have discovered that the only way to advance their deeply flawed and inferior products is with the connivance of the state.

So what we would expect to be market failures, booed off by the crowd and substituted at halftime, are becoming mandatory.

Gas boilers, for example, are efficient, convenient, and cheaper than electric heat pumps. But sales of superior technology will be banned in just four years’ time.

Electric vehicles (EVs) are dear to our green priesthood because they appear to buck this trend. The EV is a very rare example of a “green” innovation that can actually be an attractive product.

Tesla’s cars are sexy and fun, with an acceleration that matches or surpasses a Porsche. Owners love them and can indulge in childhood boy-racer fantasies without guilt.

On the surface, prospects for the EV appear to be healthy. Year-on-year registrations of EVs rose by 75pc in the UK last year to 191,000, which is impressive when the waiting time is over 12 months.

Every major manufacturer has committed to phasing out vehicles powered by internal combustion engines, with GM planning to do so by 2035 and Chinese-owned Volvo by 2030.

But did you think you were ever going to beat the taxman?

Fiscal perks designed to make EVs more attractive are already starting to disappear, and road-pricing plans are reportedly being accelerated to make up for falls in petrol duties.

Somewhat awkwardly, however, the technological flaws of a battery-powered car haven’t gone away. They will remain much heavier than their equivalents, as the energy source is inferior – it’s less dense.

Large collections of lithium batteries are also rather prone to catching fire, and these are fires we can’t put out.

The cargo ship the Felicity Ace, carrying almost 4,000 luxury cars, took a week at sea to burn itself out in the Atlantic. The cost of charging an EV is rising too, reaching a record high last week.

So commuters will continue to value the reliability, lower cost, and convenience offered by today’s internal combustion vehicles and the national infrastructure that supports them.

In fact, the biggest flaw with EVs has received remarkably little coverage, which is that they are worse for the planet than petrol or diesel cars. It’s just that the damage is now hidden.

This dirty secret was confirmed by a recent piece of research by Volvo. Researchers studied the full lifetime CO2 emissions, from resource extraction to disposal, performing a like-for-like comparison of two models of its XC40.

Not all manufacturers can do this. Volvo confirmed that EVs are far “dirtier” out of the factory gate, as the resource extraction for an electric drive train is so carbon-intensive.

But few EV owners will ever clock up enough miles on what they believe to be clean energy to ever make up the difference.

Given the typical global fuel generation mix, a typical EV driver will need to drive 92,000 miles to reach CO2 emission parity with the petrol-powered equivalent, while a driver in the EU, where the energy mix contains more nuclear and renewables, some 52,000 miles.

And that’s without changing the battery once. This isn’t well known amongst pious EV owners, for whom the car is a kind of face mask on wheels.

I don’t wish to knock the electric car, which has come a long way. Many owners who have the luxury of off-road parking, and use it only for short or infrequent journeys, will be blissfully happy with their choice.

Every car owner has a common enemy, whether they are a petrol head or an EV owner: the powerful lobby that seeks to abolish car ownership completely.

Personal mobility allows us to take on more interesting and rewarding employment, and see places that no bus ever reaches, and this very idea is constantly being punished.

But nothing about the success of the electric vehicle market today suggests dominance is inevitable. Battery technology is going nowhere fast; Tesla even moved back a generation recently.

No battery-powered freight fleet will ever be as competitive as one where trucks are powered by the internal combustion engine.

Modern supply chains require fast turnaround times, and no operator can afford to keep a truck parked all day. And I suspect the replacement for petrol engines for today’s will be better petrol engines, only with new juice.

Next-generation synthetic fuels – not to be confused with today’s biofuels – that can drop into our existing infrastructure are already being produced in small batches, and are effectively carbon neutral.

That’s something to ponder as more of your taxes go on building an EV infrastructure that only a minority of drivers may ever use.

We’re living through strange times when superior technologies are outlawed. The requirement for the religious pre-approval of innovation represents a historic shift, and a return to medieval, pre-Enlightenment thinking.

Once we could choose what worked best for us, and now we’re not allowed to, we’re required to change to compensate for the product’s deficiencies.  The food’s awful – but you will have to eat it. 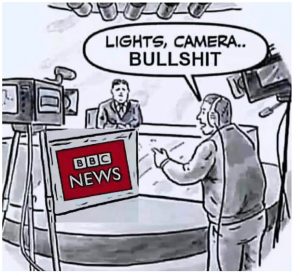 Previous articleFact-Checking The Fact Checkers
Next articleHave Your Say