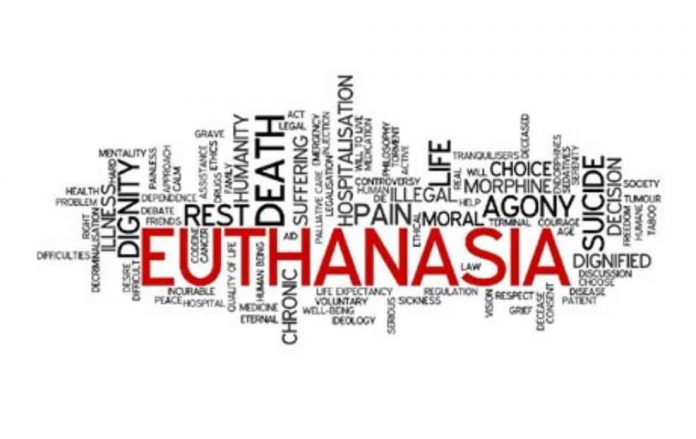 End of Life Choice Act: Who is eligible, who makes the decisions?

At this year’s general election, the public will also be asked to cast a referendum vote on the End of Life Choice Act 2019.

Voters will be asked to vote yes or no to this question: Do you support the End of Life Choice Act 2019 coming into force?

The two options to reply will be:

“Yes, I support the End of Life Choice Act 2019 coming into force.”

Here is an explainer on the Act, who is eligible and how we got here.

The origin of the word euthanasia is derived from Greek and means “good death” or “to die well, without pain”.

Voluntary euthanasia is when someone who has requested help to die receives that help.

What is the current law?

Euthanasia is considered a crime under section 179 of the Crimes Act 1961.

The law describes it as “aiding and abetting” suicide and it is punishable by up to 14 years imprisonment.

The Act gives people with a terminal illness (providing they meet all of the remaining criteria) the option of lawfully requesting help to die.

Parliament has passed the End of Life Choice Act 2019, but it has not come into force yet.

The Act will only come into force if more than 50 percent of voters in the binding referendum vote ‘Yes’.

It will then come into force one year after the date the result of the referendum is declared.

Who would be eligible?

To be able to ask for assisted dying, a person must:

A person would not be eligible to ask for assisted dying if the only reason they give is that they are suffering from a mental disorder or mental illness, or have a disability of any kind, or are of advanced age.

Who’s able to make an informed decision about assisted dying?

Under the Act, a person is able to make an informed decision about assisted dying if they can do all of the following things:

What else is required in order to be approved for assisted dying?

If the eligibility criteria are met, there is still a requirement for two separate doctors to approve the request.

It should be noted that within the Act, a health practitioner is not allowed to initiate a discussion about assisted dying.

Once a patient initiates that discussion, their health practitioner must go through an extensive check-list with them, which is detailed in the Act.

If one, or both, of the practitioners, have doubts about the patient’s ability to make an informed decision, an independent psychiatrist must also make an assessment.

If any doctor feels that a person is being pressured into their decision, the process must stop.

An eligible person can also choose to change their mind and stop, or delay, the process at any time.

How did we get to the referendum?

This isn’t the first time euthanasia law has been considered.

In 2012, Labour Party List MP Maryan Street announced she was forwarding another member’s bill to the ballot box. The proposed legislation was known as the End of Life Choices Bill. She then removed it from the ballot box before the 2014 election, over fears it would become a political football. When she wasn’t re-elected, the party chose not to re-introduce it.

In 2015, ACT New Zealand MP David Seymour entered his End of Life Choice Bill into the ballot box, after the Seales v Attorney-General case found that only Parliament had the ability to address assisted dying laws.

NZ First supported the bill in exchange for a referendum.

Whether the Act comes into force, it will be determined by how the public votes at the binding referendum, held alongside the 2020 general election.

What does polling on the issue reveal?

A recent public poll, carried out by Research NZ in July shows there is a majority support for the law.

Roughly 64 percent were in favour, with 18 percent saying they were not in favour. The rest were undecided.

Where do political parties stand?

The End of Life Choice Act was subject to a conscience vote, meaning MPs can cast a vote guided by their personal beliefs, rather than towing the party line.

But broadly in the third reading of the bill, the National Party voted 17 in favour and 38 against.

The Labour Party was 33 in favour and 13 against. All members of the remaining parties voted in favour.

The total vote was 69 members for and 51 against.

All current leaders of the parties voted in favour of the law.

Previous articleHave Your Say
Next articleTrip Away