You Stupid Boy
Home Did You Know? Everything Is A Lie

Everything Is A Lie 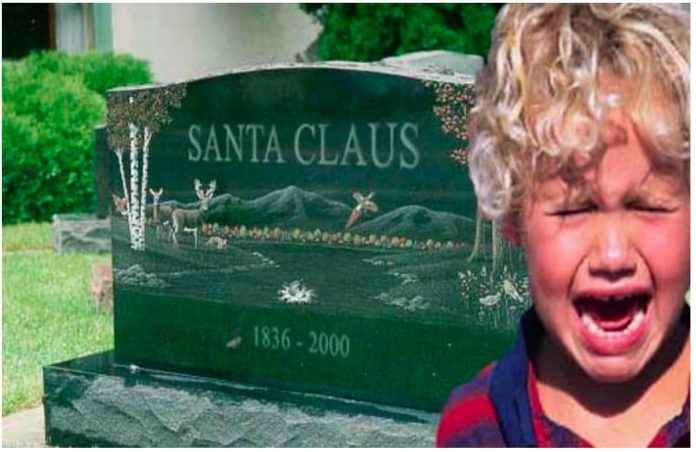 MATURITY IS DISCOVERING HOW EVERYTHING YOU BELIEVE IS A LIE

You get your first taste of it when you’re little. You find your Christmas presents in your parents’ closet in early December, or maybe some older kid just tells you that Santa Claus isn’t real.

What the hell? What the hell is this? Some freaky psyop run by your parents, just for kicks? And all the other parents are in on it too? And Hollywood? All those movies and TV specials about Santa were just lies? How far does this go?

What is this strange reality?

Ah well. We’ve all got to grow up sometime. From now on you only believe in real stuff, like the Tooth Fairy.

Thus begins a maturing process of discovering the various ways you’ve been deceived about what’s real which, hopefully, continues for the rest of your life.

When you get a bit older you might start gathering information which causes you to realize that some of the people in your life might not have been telling you the truth about some things. Soda and Pop Rocks can’t really cause a dangerous explosion. Your eleven year-old friend probably hasn’t “boned” every girl in class. You actually haven’t been seeing Dad much since the divorce.

And that’s usually about as exciting as it gets for a while, because you’re a young person trying to learn how to function in the world and you can’t learn if you believe everything you’re being taught is a lie. But that period of credulity doesn’t last long. Not if you’re lucky.

Maybe you start questioning this religion thing. It sure seems weird how they tell you you’ll be rewarded with eternal bliss if you espouse a belief system around which entire empires have been wrapped, which still to this day influences political thought and makes a whole lot of money for some people, but you’ll be tortured forever if you don’t. That sounds made up. Like the sort of thing you’d make up if you were trying to manipulate a large number of people into believing something that benefits you.

And maybe that opens up a bunch of other areas of exploration. Maybe it’s no big deal if someone loves somebody who’s the same gender as them. Maybe the hard labels and roles we assign to gender aren’t necessarily as solid and real as we’ve been told. And maybe relationships don’t need to look a certain way at all. Maybe relationship structures are completely made up, and people can write their own rules with consenting adults in whatever way they like, even if it’s unusual and doesn’t seem like something you’d enjoy.

Maybe it’s okay for everyone to find their own way in this life, since there don’t appear to be any trustworthy roadmaps of authority on the matter. Maybe it’s okay for people to take up any philosophy or approach to living they find useful, for however long they find it useful, and then take up new ones when the old ones aren’t useful anymore. Maybe it’s okay if they want to smoke a joint or have sex with many different people, or do anything they like as it doesn’t harm others.

Maybe you start to wonder if the political ideology of your parents is stupid. Hey, who knows? Maybe what they’ve told you about the world and how it works is no more true than what they used to tell you about Santa Claus.

If you continue to mature, at some point you’ll start to notice that the news isn’t being entirely honest about things. Is every single war of the US and its allies really good and just? Are the nations which aren’t aligned with the US really nefarious monsters who constantly plot our downfall and commit atrocities? That sounds made up. Like something you’d make up if you were trying to manipulate a large number of people into believing something that benefits you.

As you discover more and more things you’ve been given false or misleading information about by the “reputable sources” in the mass media, at some point you’ll notice that the picture you are now seeing of the world is completely irreconcilable with what you were taught in school about your nation, your political system, your government, and your world.

You were lied to. You do not live in an imperfect but well intentioned democracy in which the people determine the best course of action for their government using votes, you live in an oligarchy with no meaningful separation between corporate power and state power, whose fate is determined not by votes but by a loose transnational alliance of plutocrats and sociopathic government agencies. You do not live in a separate nation in a world full of other separate nations, you live in a globe-spanning power alliance which functions as a single empire controlled by unaccountable elites who use governments as tools to advance agendas of control and domination.

The economy is a collective delusion. Money is a conceptual construct that’s only as real as we all agree to pretend it is. All the written and unwritten rules which govern our society are made up, and if enough of us wanted to we could simply make new ones. All the stories about what our world is and what it should be are constructs of the human imagination, and we are free to collectively re-imagine or simply dispense with them if we collectively choose to do so.

Maybe you begin unearthing beliefs you didn’t even know you’d had that had been lurking in your subconscious mind, pulling the strings of your life from behind the scenes. Beliefs like, “The world is a dark, scary place.” Or, “Life is supposed to be hard.” Or, “I have to stay in this marriage because I promised I would.” Or, “I have to maintain a relationship with my mother even though she’s horrible to me.” Or, “I don’t deserve to be happy.” “I am disgusting.” “I am ugly.” “I am unworthy.” “I am unlovable.”

And maybe you start changing your life so that it aligns with what you know to be true instead of with your old false beliefs. Maybe you find love. Maybe you quit your awful job to take a chance on something you enjoy. Maybe you leave your unfulfilling marriage. Maybe you begin creating a whole new life based on truth and consciousness.

And maybe, just maybe, at some point you discover that even the thing you take to be “you” isn’t real. That there is no solid separate self to be found anywhere outside the realm of mental narrative, and that all of your psychological suffering has been caused by the fact that most of your thoughts revolve around a “me” character who has never ever existed. Maybe you discover that separation itself is a lie that is only given the illusion of reality by belief in mental labels, and that beneath the false narratives of the labeling, dividing mind, it’s all one.

And maybe you keep right on maturing, remaining curious about what’s really true for the rest of your life. And the more clearly and truthfully you perceive what’s going on in yourself, your life, your society and your world, the more efficaciously you are able to move through it all. And maybe you discover that this brings an amount of happiness, love and beauty to your life that you never would have previously dreamed possible.

Or maybe you don’t. It’s your adventure, and I could be lying as much as your parents were as they set out the milk and cookies for Santa. I just wish you a fulfilling journey into your own relationship with truth, for as far as you want to take it.

Reading through this I came to the conclusion that Cindy was told so many lies by her parents and others, that she never learnt to differentiate between tRuth and FICTION.

The tooth fairy obviously forget to leave her any money and her teeth were never replaced on time. Being good bible bangers, her parents constantly fed her lies.

No wonder Cindy turned to communism.