You Stupid Boy
Home US Politics Explaining the US voting system

Explaining the US voting system 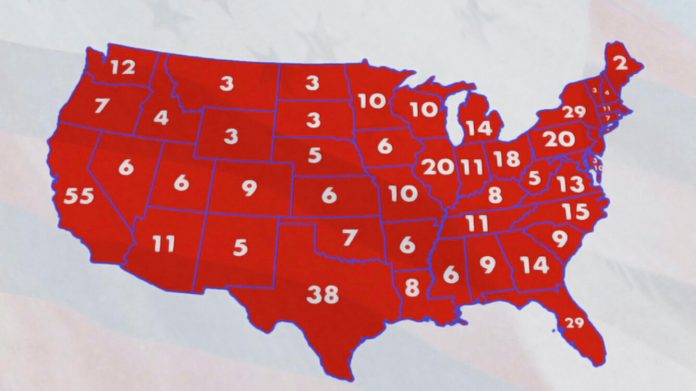 What is the Electoral College?

The Electoral College is made up of 538 electors who cast votes to decide the President and Vice-President of the United States. When voters go to the polls on Tuesday, they will be choosing which candidate receives their state’s electors. The candidate who receives a majority of electoral votes (270) wins the Presidency. The number 538 is the sum of the nation’s 435 Representatives, 100 Senators, and 3 electors given to the District of Columbia. 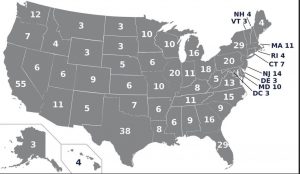 How does the Electoral College work?

How are the electors selected?

This process varies from state to state. Usually, political parties nominate electors at their state conventions. Sometimes that process occurs by a vote of the party’s central committee. The electors are usually state-elected officials, party leaders, or people with a strong affiliation with the Presidential candidates.

Do electors have to vote for their party’s candidate?

What happens if no one gets a majority of Electoral College votes?

If no one gets a majority of electoral votes, the election is thrown to the U.S. House of Representatives. The top three contenders face off with each state casting one vote. Whoever wins a majority of states wins the election. The process is the same for the Vice Presidency, except that the U.S. Senate makes that selection.

Can you lose the popular vote and win the electoral college vote?

When does the Electoral College cast its votes?

Each state’s electors meet on the Monday following the second Wednesday of December. They cast their votes then, and those votes are sent to the President of the Senate who reads them before both houses of Congress on January 6th.

Why does the Electoral College matter?

The Electoral College determines the President and Vice-President of the United States. The Electoral College system also distinguishes the United States from other systems where the highest vote-getter automatically wins. This so-called “indirect election” process has been the subject of criticism and attempted reform, though proponents of it maintain that it ensures the rights of smaller states and stands as an important piece of American federalist democracy. 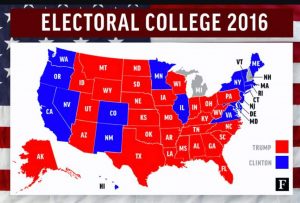