Failure of Wind and Solar 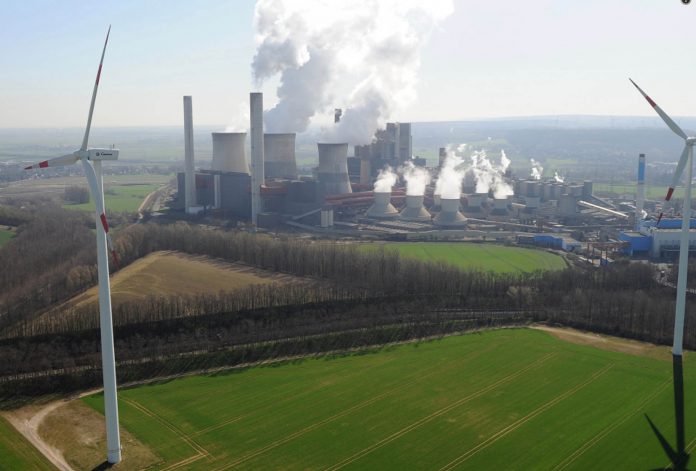 Germany’s held up as the world’s wind and solar capital. But, at the moment, the ‘green’ stuff can’t be purchased, at any price.

Its millions of solar panels are blanketed in snow and ice and breathless, freezing weather is encouraging its 30,000 wind turbines to do absolutely nothing, at all. [Note to Ed: don’t forget about the constant supply of electricity from the grid that these things chew up heating their internal workings so they don’t freeze up solid!]

So much for the ‘transition’ to an all wind and sun powered future – aka the ‘Energiewende’.

Despite being the object of consternation and much vilification over the last 20 years, Germany’s coal-fired plants are now being appreciated for what they are: truly meaningful power generation sources, available on demand, whatever the weather. With a Nationwide blackout a heartbeat away, the German obsession with unreliable wind and solar is like a time bomb set to explode.

Berlin On The Brink! Winter Blackouts Loom As Coal Plants Run At 100% Capacity, Struggle To Keep Lights On In

Germany now finds itself in the dead of winter. Much of the country has seen considerable snowfall, meaning solar panels are often covered by snow and thus rendered useless. Even without snow cover, the weeks-long overcast sky prevents any noteworthy solar power generation.

Moreover, this winter there have been many long windless periods, and so Germany’s approx. 30,000 wind turbines have been largely out of operation. In a world 100% reliant on green energies, this would mean near 100% darkness at home.

Luckily Germany’s still existing coal and nuclear power infrastructure is (still) there to step in and keep the power on and the country running.

The figures speak for themselves. During the last four days, wind power has only supplied 15% of Germany’s electricity. Solar power is essentially a waste of space, running at 2%:

Meanwhile coal and gas account for 56%, with nuclear bringing in another 13%. So far generation is just about keeping up with demand, which has peaked at 72 GW: 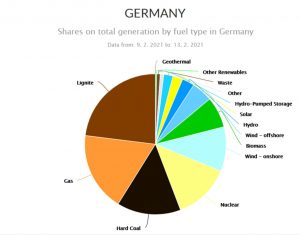 Coal power capacity is about 42 GW, so there is still plenty of capacity to compensate when the nuclear power stations shut next year. But it will blow a massive hole in Germany’s climate targets. 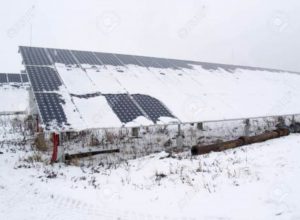 Previous articleVaccines Not Safe? Make your own mind up!
Next articleHave Your Say