You Stupid Boy
Home Climate Change Bullshit Finally we get the truth.

Finally we get the truth. 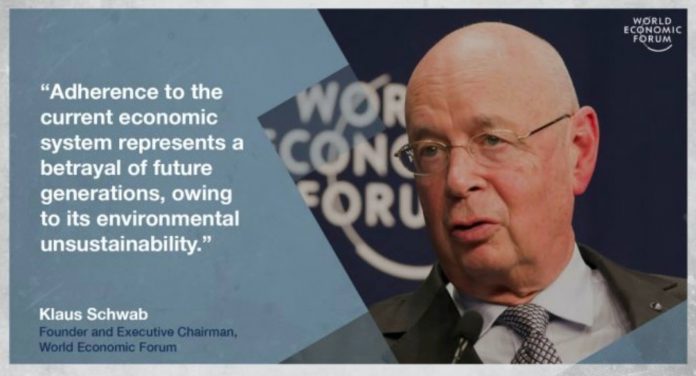 THE VIRUS IS THE MURDER-WEAPON TO KILL CAPITALISM.

Now we know the end-goal for Corona being unleashed: Global reset, World without Borders, One World Governance.

The pandemic was all planned in advance by these Marxists.

The coronavirus crisis presents an opportunity for a “new kind of capitalism” and “great reset” of global economies, politics, and societies, according to World Economic Forum (WEF) founder and executive chairman Klaus Schwab.

In an article published Monday by the WEF, an impatient Schwab claims neo-liberalism is dead and with it traditional notions of economic capitalism.

In their place is a set of “Stakeholder Capitalism Metrics” the WEF says enables the world to progress under one set of overarching rules as drawn up by it, with “social  justice” a key component of this brave new world.

This restructure of the way we do business is the new model for the “great reset” Schwab argues, adding he foresees the coronavirus crisis as too good an opportunity not to “re-evaluate sacred cows of the pre-pandemic system.”

He outlines his argument by pointing to just how serious the epidemic has been to the way we live now: Schwab writes:

No event since World War II’s end has had as profound a global impact as COVID-19. The pandemic has triggered a public health and economic crisis on a scale unseen in generations and has exacerbated systemic problems such as inequality and great-power posturing.

The only acceptable response to such a crisis is to pursue a “Great Reset” of our economies, politics, and societies. Indeed, this is a moment to re-evaluate the sacred cows of the pre-pandemic system, but also to defend certain long-held values. The task we face is to preserve the accomplishments of the past 75 years in a more sustainable form.

Schwab believes that if the Chinese coronavirus crisis has shown us anything, it is “that governments, businesses, or civil-society groups acting alone cannot meet systemic global challenges.”

In their stead, the WEF says the world should adopt more socialistic policies, such as wealth taxes, additional regulations and massive Green New Deal-like government programs.

We need to break down the siloes that keep these domains separate, he says, and start to build institutional platforms for public-private cooperation.

Put simply, Schwab believes the time to “re-consider capitalism” has arrived. He adds:

The Great Reset should seek to lend a voice to those who have been left behind, so that everyone who is willing to “co-shape” the future can do so. The reset that we need is not a revolution or a shift to some new ideology… Some of the pillars of the global system will need to be replaced, and others repaired or strengthened. To achieve shared progress, prosperity, and health requires nothing more – or less.

Ulitmately Schwab says the trade, taxation, and competition rules that reflect decades of neoliberal influence are over.

The world stands at the precipice of change and the WEF sees itself in the forefront of that rebuild of capitalism which it envisages means companies “contribute to social welfare and the common good” at the expense of shareholders and investors.

Who would bet against the thought of our very own Marxist PM being the first in the world to follow these guidelines and implement this shit.

Previous articleLast hope for us here?
Next articleHave Your Say