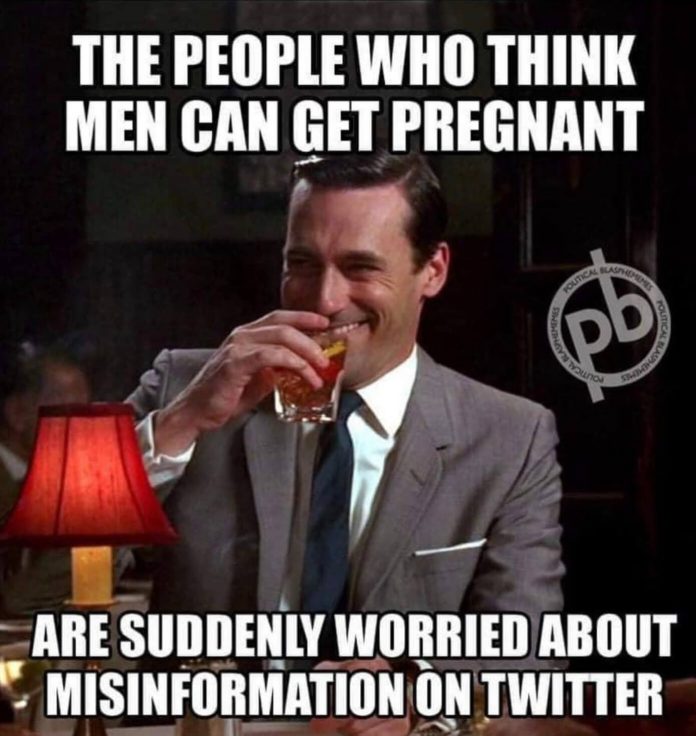 Here are both those exchanges brought to you by a “journalist” from The Washington Post who apparently finds it really bad that Musk would call out obvious corruption regarding Twitter employees.

Can I start by noting that the double standard in response to Musk calling out bad actors is just amazing? These are the same journos who cheered on the doxxing of Libs of TikTok. They didn’t once suggest that Taylor Lorenz had gone too far nor did they express concern about the online harassment Libs of TikTok received. Yet, the moment that Musk simply says “Yes, bad things are bad,” the same journos get really concerned about online harassment. Weird, right? It’s almost as if journalists only care about things that reinforce their political viewpoints. 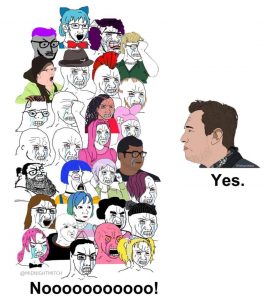 Regardless, I think Musk responding to both those stories is important. It points to big changes coming at Twitter. Some on the right who are more cynical speculated that he’d come in and maintain the status quo. If that were true, he wouldn’t be publicly calling out figures like Gadde and Baker, both of whom currently hold major leadership roles within the company.

Clearly, Musk didn’t spend $44 billion to let Twitter keep operating as a leftwing mouthpiece, banning speech that doesn’t fit the narrative. And while he’s not officially in charge yet, when the keys are handed over, you can expect him to burn the place down in regards to personnel. Jim Baker absolutely has to go. Vijaya Gadde, the brains behind Twitter’s censorship, has to go.

Yes, there will be pushback and hair set on fire, mostly from the mainstream media. But seeing Musk’s recent comments has given me confidence he can handle it. The left knows that it is losing. They feel their grip on power slipping away, both electorally and in regards to free speech. Musk is just the man to keep that train rolling.

Hey Eion, If you try hard enough you might get the neighboring island for SFA. Their Lefty fuckwitted Govt has stuffed a once good country.

An Open Letter to Elon Musk

Congratulations on the acquisition of Twitter. We hope this will help put the world on track to be a better place.

We hope this is a promise to uphold the right to free speech and peaceful assembly on Twitter- both essential components of the democratic process.

We hope that the dark days of witch-hunting and book-burning are behind us.

Human nature is not always at its best. Deception is normal. Corruption is normal. Greed for money, power and fame is normal. This is human nature. What is not normal is for society to accept the removal of the mechanism of error correction. We believe that with free speech, errors can be corrected and wrong-doers can be held accountable.

Since the beginning of the Covid-19 pandemic, authority figures have spread false information unhindered. The fact of the matter is that the SARS-CoV-2 virus is not so novel and not as deadly to the general population as has been portrayed.

The asymptomatic spread theory was a fear-mongering tool used to subdue the population. The unconstitutional mandates of lockdowns, masks, social distancing, testing and contact tracing, and mass vaccination were all ineffective in the management of this airborne virus and caused great harm to society.

Those who dared to speak out against them were silenced and falsely accused of ‘misinformation’ while the public fell victim to relentless propaganda. The absurdity of these suppressions lies in the fact that much of what was regarded as ‘misinformation’ a year ago – is now accepted as truth by those who encouraged such sanctions.

We look forward to the changes you plan to implement on Twitter and ask you to consider adding the following points to your first board meeting agenda:

PANDA is committed to open science, open society and open debate. Societies cannot flourish without the courage to speak out and challenge existing assumptions.

Thank you for playing your part. We will continue to play ours. We owe it to our fellow citizens.

Previous articleHave Your Say
Next articleNot Before Time