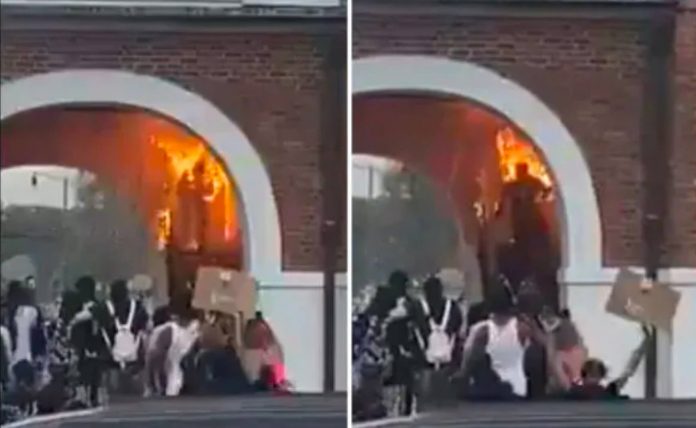 A clumsy Black Lives Matter rioter has been caught on film accidentally setting himself on fire while attempting to toss a Molotov cocktail into a historic building in Fayetteville, North Carolina.

Social media users were quick to point out the incident is as close to a case of “Instant Karma” as you are ever likely to see. 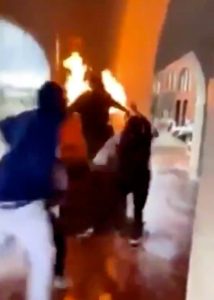 “The video, which appears to have been live streamed, shows a rioter lighting a fire inside the Market House — but catching fire in the process. Protesters can be heard audibly gasping as the rioter catches fire, prompting the man to flee from the building. ‘Get him out, get him out!’ one man can be heard yelling,’” Breitbart reported on May 31. 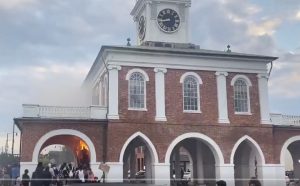 Video showed the rioters chanting “Black Lives Matter” after setting fire to the historic building and smashing its windows.

Market House was built in 1832 and was declared a National Historic Landmark in 1973.

As Tucker Carlson said in his monologue heard round the world in May: “On television, hour by hour, we watch these people, criminal mobs destroy what the rest of us have built. They have no right to do that. They don’t contribute to the common good, they never have. Yet suddenly they seem to have all the power.”

Fast forward a few months and the situation is only getting worse.

Previous articleTERRY MCCRANN ON HYDROXYCHLOROQUINE
Next articleHave Your Say