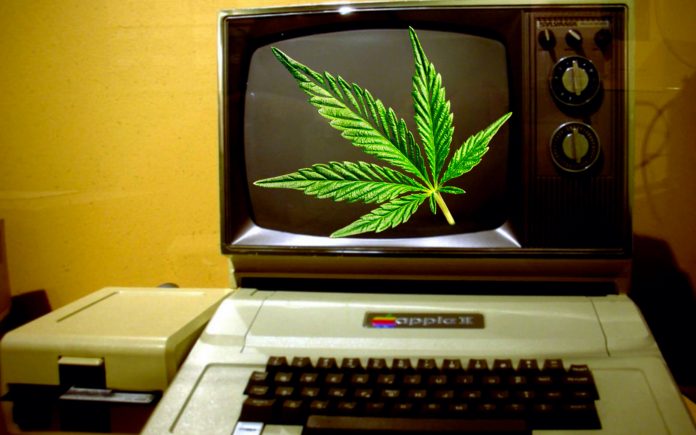 Several researchers have pointed to a drug deal that took place in 1971 or 1972 as the first online transaction made on the internet.

Several researchers have pointed to a drug deal that took place in 1971 or 1972 as the first online transaction made on the internet. As the legend goes, Stanford students using Arpanet accounts at Stanford University’s Artificial Intelligence Laboratory, used the network to sell some cannabis to other tech students at the Massachusetts Institute of Technology (MIT).

The historic event was detailed in two books, “What the Dormouse Said: How the Sixties Counterculture Shaped the Personal Computer Industry”, which was released in 2005 by John Markoff, and “The Dark Net,” which was released more recently by Jamie Bartlett.

In “What The Dormouse Said,” Markoff Writes: “In 1971 or 1972, Stanford students using Arpanet accounts at Stanford University’s Artificial Intelligence Laboratory engaged in a commercial transaction with their counterparts at Massachussetts Institute of Technology. Before Amazon, before eBay, the seminal act of e-commerce was a drug deal. The students used the network to quietly arrange the sale of an undetermined amount of marijuana.“

Bartlett gives a nearly identical description in his book ‘The Dark Net’, which discusses online marketplaces that have made headlines in recent years.

The Silk Road, which launched in 2011, was the first truly anonymous online marketplace, and it quickly became a target for politicians and law enforcement because of the large volume of drugs that were being sold through the site. On the Silk Road, drug users and vendors were able to trade anonymously using Bitcoin, making it one of the first major commerce platforms to adopt the cryptocurrency. The website’s alleged creator, Ross Ulbricht, is currently serving a double life sentence with no possibility of parole for operating the online marketplace.

One important point that was heavily overlooked by the media during the Ulbricht trial was the fact that the Silk Road actually made the world a safer place by undermining prohibition. Even though drugs are illegal, large numbers of people still use them on a regular basis and these people are often put in dangerous situations because of these prohibitions.

The Silk Road allowed people to purchase drugs from the comfort of their living room to avoid the risk of getting mugged in a dark alleyway. It also allowed them to read reviews of the products that their potential dealer was selling, saving them from tainted drugs and dirty batches that could put their lives at risk.

It is likely that the internet was used for a variety of similar drug deals and other illicit activities before it went mainstream, and the activity continues to this day. It took many years before e-commerce came to dominate the market though. Smithsonian notes that genuine online transactions with credit card payments didn’t begin until 1994, with the launch of a website called NetMarket.

The website’s creator, Dan Kohn, sold a CD of Sting’s “Ten Summoner’s Tales” to a friend in Philadelphia for $12.48 plus shipping. However, this claim is disputed by another website called The Internet Shopping Network who claims that it started selling computer equipment online about a month before Kohn sold his friend the Sting CD.

Previous articleBIG TECH VS THE PRESIDENT
Next articleHave Your Say