You Stupid Boy
Home Human Stupidity “For The Children” 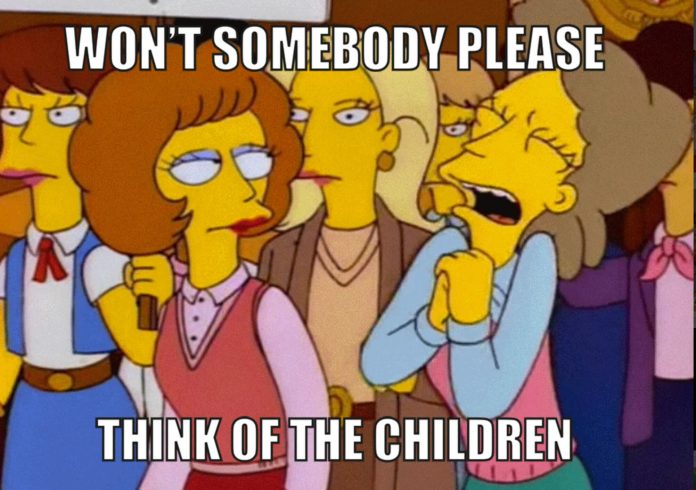 WEF Suggests Seniors Euthanise Themselves “For The Children”

The globalist World Economic Forum is now suggesting that older people consider euthanasia “for the children” and to ‘save the planet’.

In a video seen on Twitter full of geriatrics saying they’ve had a good life after explaining there are too many humans on the planet. The video suggests that elderly folks who no longer are productive should opt for euthanasia.

I’m certain children all over the world are thankful their grandparents will be suggested to off themselves for their benefit.

And while it is couched in the “for the children” narrative, the truth of the matter is much more sinister.

Christina Lagarde of the International Monetary Fund has been quoted as saying, “Old people live too long and this is a risk for the global community.”

What Christine is saying in effect is, unless you are a productive member of society your entire life, you don’t deserve to live. Christine, with her white hair, manicured nails, and designer clothing probably never worked a manual job a day in her life.

She would like to tell our senior citizens who defended this country, grew our food, built machines and trucks, mined coal, drilled oil, and worked on the railroad that now that they are no longer useful, they should just die.

It is psychopathy to look at a person who has worked 30, 40, 50, and sometimes even 60 years, at the end of their life when they should be enjoying the twilight hours left for them and tell them they just need to die because they are a drain on the global community.

How have we allowed these people to get so far so fast to attack our most vulnerable?

40 plus years ago when they allowed abortion to kill the most innocent among us, many people said it would eventually end up to terminating the elderly as well. There were lots of handwaving and dismissal of that argument.

However, 40 plus years on, we see that that is exactly what they are planning on doing.

This, after a worldwide pandemic from a bioweapon produced by our own government within China which targeted specifically, it seems, the elderly and infirmed. They now want senior individuals who no longer “produce” enough to justify their life to opt for euthanasia.

You know what you can’t quantify when it comes to production by an elderly person?

You cannot quantify the knowledge that they have acquired over a lifetime.

You can’t quantify the cookies they bake and give to the neighborhood children every summer.

You can’t quantify how much a grandmother does by watching her grandchildren so that her single daughter can produce money to take care of those children.

You can’t quantify the number of times they call their adult daughter or son and ask if they’re OK.

You can’t quantify the number of hours that they volunteer at the hospital directing people and helping people to their cars.

You can’t quantify how many hours they spent handing out food at a food bank.

You can’t quantify the number of Christmases and how productive that was for their family due to a boost in morale.

You can’t quantify the production of an elderly person because most of their production is done outside of the economy.

By discounting the things that they do because they aren’t paid a dollar for it you are discounting humanity completely.

It is an inhumane and an unjust disgusting affront to humanity that the World Economic Forum doesn’t value our seniors who no longer earn a paycheck but still contribute to the greater economy in ways that can’t be counted.