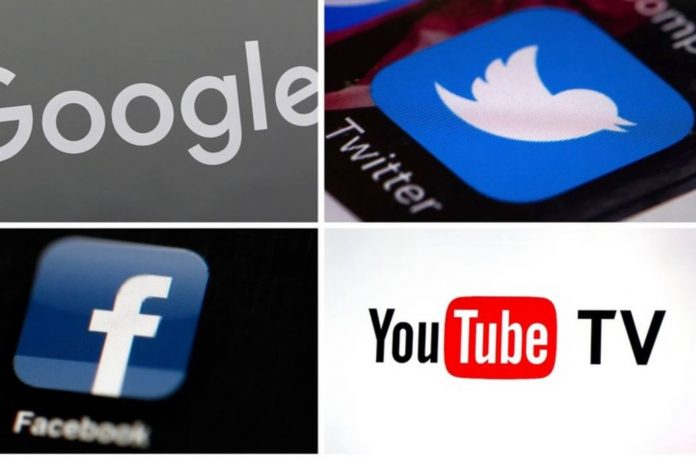 Here Are Some Free-Speech Alternatives to Big Tech

Since my recent post about Mozilla’s CEO declaring that de-platforming President Trump isn’t enough, I’ve been asked by a number of readers about alternatives to Mozilla and Firefox for browsing the internet.

It seems that there is definitely interest amongst our readers in embracing alternatives to Big Tech, so I’ve decided to compile a list of services that I currently use.

Transitioning away from Big Tech is not an easy proposition. It may be impossible at the moment to do so completely, but any effort you can make to reduce their influence on your life is a step in the right direction. The way things are going now, it’s only a matter of time before you get kicked off of Twitter or Facebook. So it’s time to start embracing the alternatives.

And there are several. I am not even going to pretend to know them all, but I have tried out a few of them—you can find links to my accounts at the end of this post.

Please note that several of the platforms that haven’t been shut down are experiencing rapid growth at the moment, and may be slow to use for a while.

Parler has been around for a few years and was scapegoated by Big Tech for the assault on the Capitol. It is currently down. A matter of days after the Capitol assault, Google Play and Apple’s app store removed the app, and then Amazon Web Services shut down the website. Prior to that, Parler had been one of the most popular apps in the Apple app store as conservatives flooded to it in response to Twitter and Facebook’s censorship.

Parler is an interesting option because it generally was accepted as an alternative to Twitter, but I found it was not as intuitive or as user-friendly. I’m sure that it will eventually improve once it is back online.

Probably one of the first real free-speech social media alternatives to really gain an audience, Gab launched in August 2016 and has been targeted by Big Tech ever since. Dubbed a “far-right” social media network, it has managed to survive and thrive without relying on Big Tech. It started off as a Twitter alternative but now feels more like a hybrid of Twitter and Facebook. They also have GabTV, which is dubbed as an alternative to YouTube.

I signed up for Gab in its early days but, honestly, didn’t use it much. However, I’ve recently logged back in to discover that the site has come a long way since its inception. It’s got a beautiful, clean design that is easy to use. Is it an echo chamber? Sure. All free-speech alternatives to Facebook and Twitter are, and Facebook and Twitter are destined to be echo chambers, too. Since Twitter banned Trump, I’ve decided it’s time to embrace Gab again.

I hadn’t heard about this one until last week when conservative actors Dean Cain and Kristy Swanson started promoting it on Twitter. I’ve since created an account, along with countless others whose collective bandwidth is making it hard for the service to keep up with demand.

MeWe is another social media network that thrives on the concept of free speech. It is arguably the most Facebook-like free-speech alternative to Big Tech that I’ve tried, though it kind of looks like the love child of Facebook and MySpace (remember that?). You can join and create groups and chat. Sharing is the same as it is on Facebook.

Rumble is a video-sharing site that dubs itself the free-speech alternative to YouTube and it has seen tremendous growth in recent months. “We don’t censor political debate or dialogue,” Rumble CEO Chris Pavlovski said last year. “We welcome all viewpoints.”

Mark Levin, Dinesh D’Souza, and many other conservative figures have joined Rumble. I created an account months ago and transferred all of my YouTube videos over. I don’t post a lot of videos, but when I do, I will no longer use YouTube.

I ditched the Chrome browser a couple of years ago in favour of Brave, mostly due to privacy concerns. If you’re concerned about being tracked by Big Tech, Brave has a lot of features to protect you.

If you use multiple browsers, as I do, and then choose to switch to Brave from Chrome or Mozilla/Firefox, download Dissenter. It is built on Brave by the folks at Gab, and I downloaded it the same day that Mozilla’s CEO went on her tirade against Trump and free speech.

I’m not going to lie, as far as search engines go, Google is number one for a reason. And sometimes, I still have to use it on rare occasions. DuckDuckGo, however, is my primary search engine and has been for a few years now. Once again, my motivation was privacy and not being tracked by Big Tech. It does the job well. Even if you don’t think you can change browsers, you can change your default search engine and this is one I recommend. They also have a mobile browser for smartphones. If you can’t ditch Big Tech completely, the least you can do is make it harder for them to track you.

I’ve been doing my best to transition my email away from Gmail, a product of Google. I was attracted to ProtonMail a couple of years ago based on their reputation for privacy and security. You can create an account for free, or pay for some premium features. To facilitate the move to ProtonMail, I set up all my Gmail to forward to my new account, and over time switched the linked email address for various online accounts to my new one. Most of what I get now at my Gmail account is junk mail.

I will be closing out my gmail, and facebook. I will continue using Parler. My browser is Vivaldi. Proton mail will be my email account, once I get the changes made. Have used DDG now for the past 3 years.