Free speech can be complex 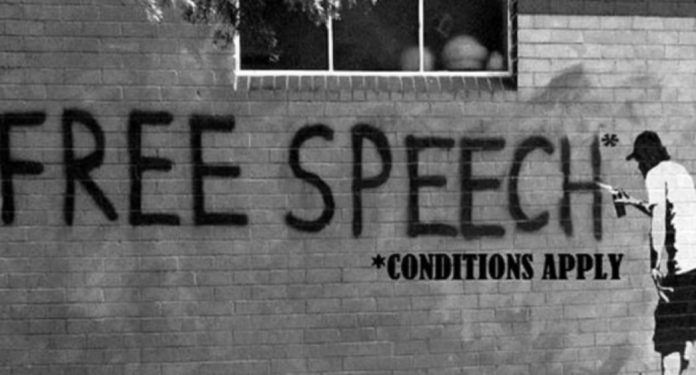 When I was in my early teens, I used to spend hours watching YouTube videos. I used to watch all manners of things – from the mundane to the outright bizarre – conspiracy theories and Islamist preachers, for instance. I didn’t listen to these people because I necessarily agreed with anything that they had said per se, but instead I found it fascinating and enriching to see the huge spectrum of ideological and intellectual diversity that the world has to offer – and to make up my own mind.

Everything I watched was within the boundaries of legal speech. However, fast forward to today, it is deeply worrying to think that many of those videos will be taken down as ‘hate speech’ or even fall foul of the government’s Online Harms Bill.

It’s as if we’re longer free agents, individuals with the capacity to think for ourselves, confront the world’s challenges and complexities head-on and find consensus through open negotiation and discussion. We’re just passive recipients of information, and to ensure that our ‘opinions’ are right-on, we must only be exposed to a limited array of pre-vetted acceptable ideas.

Now, perhaps it isn’t as dystopian as that, but it’s rapidly resembling it. Because it’s not just fringe ideas that are being censored, it’s any idea that doesn’t fit within the intolerant identitarian framework. From no-platforming, to forcing people out of their jobs, to “non-crime hate incidents”, to the case of Count Dankula – these are all manifestations of a society that has forgotten the ability to contend with contrarian, disagreeable, heretical and provocative speech – the very forms of speech that force us to question ourselves and push the limits of our thinking.

This is an assault on the foundational notion of the sovereignty of the individual. When we restrict the parameters to which we can explore ideas, we are restricting our ability to explore new possibilities and understand one another.

Now, I do believe that there are valid conversations to be had about where the boundaries lie. We already accept certain boundaries, such as with incitement to violence or defamation laws. And with social media and the advent of mass communication, we clearly haven’t figured out the rules of engagement yet in that arena. But we can only figure out those rules if people are not being vilified, abused and hounded out for expressing an idea, a joke, an opinion that is contrary to the dominant view or if people are not allowed to change their mind and grow. It has a chilling affect and self-censorship is one of the most pernicious consequences.

The attempt to link free speech to hate speech is a inversion of what free speech is. Free speech historically, has been the mechanism that marginalised groups used to articulate their suffering and challenge their subjection. In reality, it is not in the interest of the unscrupulously powerful for people to be able to speak freely.

Importantly, you cannot both celebrate that we now live in a diverse and multi-ethnic society whilst also requiring ideological conformity. Sorry, it doesn’t work like that.

So, the Free Speech Union (FSU) has arrived. The FSU will defend people at risk of being penalised for exercising their legal right to free speech. It is an organisation that aims to push back against this stifling speech culture – let’s celebrate it!

But we will not just be defensive and reactive, we will be proactive and champion free speech. We have to embody it and demonstrate that it is possible to have constructive discussions between polarised ideas and still shake hands at the end of it – and much more.

Inaya Folarin Iman is a journalist and campaigner, and a Director of the Free Speech Union

Previous articleCondoms in demand
Next articleHave Your Say