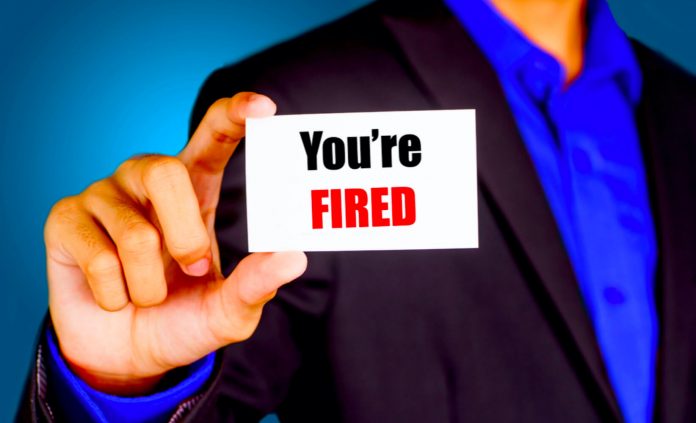 At the end of last year, I had a business consulting contract summarily terminated by a British management consultancy, PA Consulting; I was working as a sub-contractor. It transpired that I’d had my contract terminated not for any professional or disciplinary reasons; instead, I was to all intents and purposes fired for my political views. My summary dismissal as a high-performing and well-respected management consultant was a case study in the latter-day stampede by individuals and organisations towards displaying, above all else, one’s ‘woke’ credentials. Here is an open letter to my sub-contracting colleagues, some of whom have been wondering what happened to me.

You may have noticed that at the end of last year I disappeared suddenly from the cohort of Specialist Advisers. I was deleted from all distribution lists and excluded from communications – for reasons which I couldn’t fathom at the time. I’ve been asked where did I go? Well, the answer is that my contract under the Specialist Advice Programme was terminated summarily by PA Consulting because of my political views. Specifically, I was eventually told that ‘comments within your blog are not aligned with PA’s values’.

During last year’s General Election campaign, I was selected as a Prospective Parliamentary Candidate. Inevitably, my views were interrogated by the press. I received some short, sharp hostile press coverage in a low-circulation newspaper (9,000 readers) which, in fact, came to nothing as such.

However, without any reference to me, PA took steps behind my back to terminate my contract as a direct result of the adverse coverage I had received. Politics is dirty and I was subjected to a smear campaign; that’s how politics works and I’m not complaining about that. The issue is that nobody in the PA team had the courage to speak to me and explore the matter with me face-to-face, or by any other form of communication. PA’s decision was taken unilaterally and on the basis of a press article. Indeed, I have since discovered that PA had no intention of informing me of its decision, which will have been taken without my knowledge between August and October of last year.

That is until 19 November 2019 when I was heading to a scheduled PA Consulting Adviser Training Day. I don’t know exactly what happened on the day itself, but somebody panicked when they realised that I was on the attendee list but should not have been – because of views expressed here on my blog. I received a telephone call when I was 15 minutes from the seminar venue to be told I was unwelcome, my contract had been terminated and I should go home. So, I did.

Since then, I’ve been in correspondence with PA’s CEO and the Company Secretary and have taken part in two conference calls on this matter. PA has confirmed that my views as reported in the press relating to my blog – which I write under a pseudonym – were unacceptable to PA and, therefore, my services were no longer required. This despite the fact that for at least 5 years my professional performance under the Specialist Advice contract had been exceptional and unblemished, with testimonials to substantiate the value I had brought to client companies. Furthermore, without remuneration, I took steps to add value to PA’s performance and reputation by assisting whenever and wherever I could with delivery of the prime contract to our principal client. In other words, I worked above and beyond the requirements of my contract with PA.

It’s ironic, therefore, that PA dismissed my services on the basis of me allegedly breaching its core values. PA’s core values include a requirement for its employees and sub-contractors to act with ‘honesty’ and ‘integrity’, to do ‘the right thing’ in difficult situations and to treat people as ‘prized assets’. In my case, the indisputable facts are that PA acted dishonestly (by taking significant actions, damaging to me, behind my back), without integrity (ie lacking moral fibre) and, therefore, did the wrong thing by treating me not as a ‘prized asset’ but, rather, by treating me with contempt. The effect on me, of course, has been financially damaging and, moreover, it’s difficult for me to know whether or not PA has impugned me in any way. PA asserts that it hasn’t defamed me, but why under the circumstances would I trust their word on this point?

To be clear, it was always PA’s prerogative to terminate my contract and I accept that. As with the bad press levelled at me, I’m not complaining about PA’s decision per se. The point is that this incident raises several discussion topics, such as:

Companies like PA Consulting brandishing the significance of, and boasting about their ‘core values’ – and then flagrantly breaching those values when it suits them.

Freedom of speech and whether people, like me in this case, should be penalised – potentially to the extent of losing their job – for saying things which might offend some, but which cross no ethical or legal boundaries.

The depressing prevalence of ‘wokeness’ today and the desire by some to be seen more as social justice warriors rather than acting in the workplace with honesty and integrity and doing the right thing. Somebody in PA Consulting was more concerned with being woke than he was about living up to his firm’s core values.

As an erstwhile colleague of mine and, hopefully, a still-working sub-contractor to PA Consulting, I should be interested in your views on this matter.

‘So what?’, one might ask. Bloke sticks his head above the political parapet having previously made public some arguably controversial but nonetheless legal points of view. Professional partner thinks, ‘We don’t like this bloke’s points of view so we’ll dispense with his services’. End. This is PA Consulting’s party line.

Incidentally, one wonders if I’d been a PA employee rather than a sub-contractor would PA Consulting, under the strictures of employment law, have been able to fire me? Can an employer say, ‘We don’t agree with your personal views, still less seeing them made public – albeit under a pseudonym and with no connection to us as your employer – but we’re going to terminate your employment anyway’. Would that be lawful and, if so, on what grounds exactly?

When all’s said and done, for me, this lamentable incident comes down to a question of freedom of speech and the extent to which an employer or, as in my case, a prime-contractor should police employees’/contractors’ personal opinions. In my next post I’m going to explore this question in more detail, using my experience with PA Consulting as a case study. I shall pick up on the journalist Celia Walden’s theme in her recent Daily Telegraph article, ‘Woke up, Britain! Now you can lose your job for voicing an opinion …’.

Indeed, I voiced an opinion and lost my job.

To stimulate debate, please share this post on social media using one or more of the buttons below. Tell people you share my views; or tell people I’m talking cobblers; I don’t mind either way. I just want us all to use peaceful means to effect change. Jaw-jaw is better than war-war.

Feel free to join the 360-odd other followers of my blog by clicking on the ‘Follow Blog via Email’ box over to the right of the page. I didn’t plan it this way, but Moraymint Chatter now gets tens of thousands of hits during the course of a year, so if you comment your views will be widely read. At the last count, this blog had received over 170,000 hits from readers all over the world.

See you down the pub …