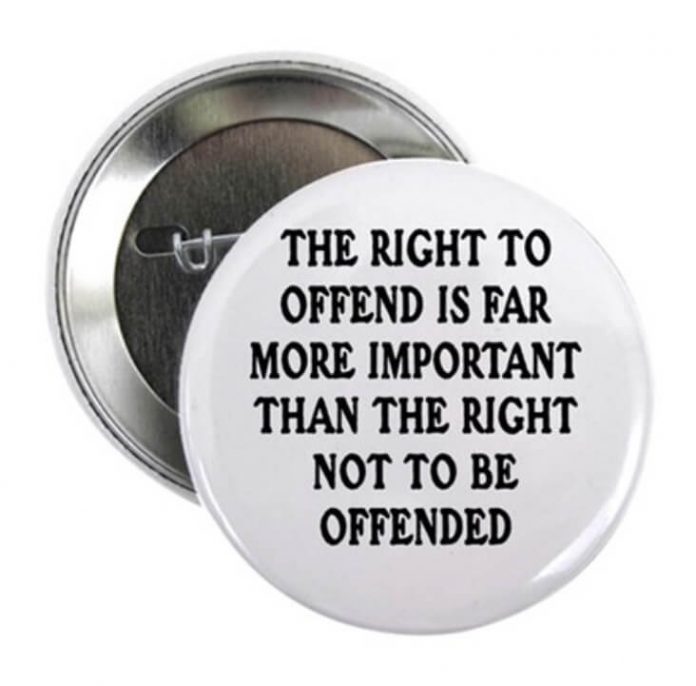 Speech terror in the UK is very real. One small victory for free speech doesn’t change the ugly reality.

Britain’s Court of Appeal has struck a rare victory for free speech, overturning the conviction of a Twitter user who called a transgender person a man and ruling that people have a right to offend others online.

Mother of two Kate Scottow had been convicted under a section of the Communications Act which makes “persistently making use of a public electronic communications network to cause annoyance, inconvenience or needless anxiety to another” a crime following an argument with lawyer and trans activist Stephanie Hayden, who is legally a woman according to a gender certificate obtained in 2017.

British Police Arrest At Least 3,395 People for ‘Offensive’ Online Comments in One Year

Figures obtained by The Times through the Freedom of Information Act reveal that 3,395 people across 29 forces were arrested last under section 127 of the Communications Act 2003, which makes it illegal to intentionally “cause annoyance, inconvenience or needless anxiety to another”, in 2016.

The true figure is likely to be significantly higher, as thirteen police forces refused to provide the requested information and two did not provide usable data.

Because making Mohammedans angry causes terror. Or something.

The very woke Guardian even tried to gaslight Brits into believing that the “grooming problem” is caused by white males instead of Paki Moslems.

Northumbria Police have warned that “offensive” comments on the Internet will not be tolerated, tracking down users who made “potentially criminal” posts on social media about grooming gangs.

The force launched an investigation into comments left on its Facebook page in response to articles about the Operation Shelter scandal, in which young white British girls were groomed, sexually abused and trafficked by mostly Muslim men of South Asian descent in Newcastle.

Officers made a review of every comment on the page after a member of the public complained that a number of posts referred to the race and religion of the 18 people convicted following the operation.

ChronicleLive reports that police recorded two cases of racially aggravated public order offences among responses to the news articles on Facebook, and have now tracked down six people responsible for posts “deemed to be offensive and potentially criminal”.