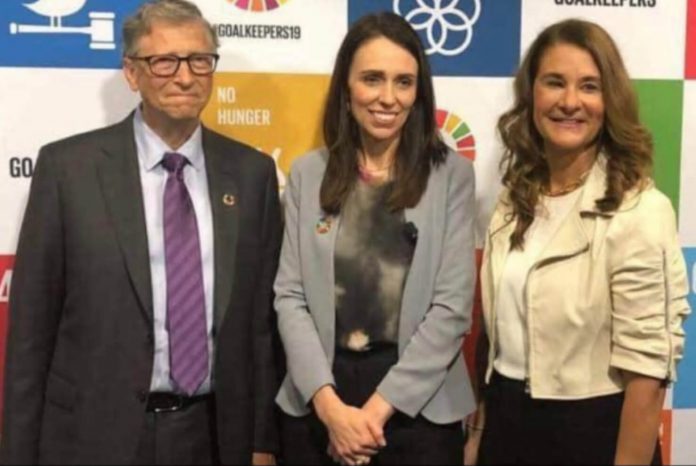 Letter to the Editor

When the Satanists and pedos get one theirs out in front of the schmo screen and into the public face of gov’t, they always do that one eyed thing, creep the kids and gender bend the normies. So with the Jacinda Bot. When she is in a man suit, she makes an effort to fem it up, toss her hair and wave her.

Spot the tranny. Not Bill Gates he is busy doing vaxx deals with Jacinda hands around.

Especially when she wears the hijab and says Muslim prayers she boo-hoos and carries on. . Maybe the Imams told her that if she is going to torture them with her Arabic at least get a hijab over that Adam’s apple. But, when he is in a dress – especially one of those tight ones – he shows off his package deal and walks like a bloke in high heels. Either way the Jacinda Bot reminds me of a horse. Only at the degenerate and fag end of a liberal democracy circling the drain would something like Jacinda be tolerated. She/he/it should be under a Fatwa.

Previous articleAthletes Are Dropping Like Flies
Next articleHave Your Say