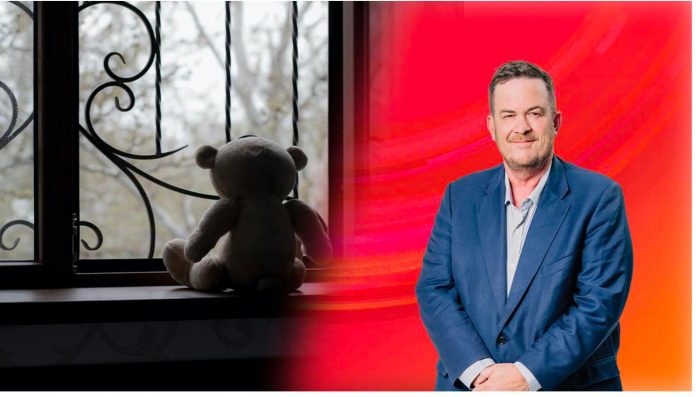 Sean Plunket: The right to silence has destroyed children’s right to life

I have lost a lot of sleep over the story I am about to share with you.

I’ve wondered if it would be better not to tell you about it and if any good will come from you knowing the heartbreaking details I am about to reveal.

In the end I decided that knowing what I know and sharing it is better than keeping it hidden and I hope that some good will come from all of us confronting the disturbing circumstances I am about to outline.

As part of Magic’s campaign around the right to silence in cases of child abuse I have received a tonne of correspondence from people who care deeply about kiwi kids and want to do everything they can to protect those who are at risk from abuse or neglect.

I have received a tonne of correspondence from people who care deeply about kiwi kids.

On Saturday I was contacted by some people who have grave concerns for the life of an 11 year old boy living in a small town somewhere in the North Island.

This wee guy is severely disabled, he has cerebral palsy so is confined to a wheelchair and has no control over his bowels, and he has to be fed through a thing called a mic key button to get enough nutrients to keep him alive. Because of his condition he cannot talk and because his development has been stunted he cannot even communicate non verbally. He is totally dependent on others to feed, clean and provide for him in every way.

He lives with his dad who has legal custody of him, and with his step mum who has had her kids uplifted from Oranga Tamariki. His dad was in a bike crash while riding with the Mongrel Mob of which he is a member. They live in a gang pad with none of the specialist equipment needed to provide for a severely disabled 11 year old.

Luckily due to his disability this 11 year old gets to go to school each day where he is part of a special needs class.

That’s good because they can feed him, bathe him three times a week and get the nits out of his hair. They also change his nappies before putting him on the taxpayer funded bus back to the gang pad each night.

Two years ago his teachers took him to hospital because he was so severely constipated he was going to die. He hadn’t got the drugs he needed to alleviate his life threatening condition at home and spent weeks in hospital recovering, I understand no one from his family visited him.

He has some other problems as well. He suffers extreme scoliosis in his spine which now needs surgery and because his family has neglected to put his feet in splints or take him to medical appointments one of his feet is twisted and also needs surgery to correct.

His teachers provide conjunctivitis treatment, pamol and anti-constipation drugs because he doesn’t get them at home. He’s almost 11 but weighs just 25kgs, better I guess, than the 13 kgs he weighed when he was hospitalized with four kilos of faeces inside him.

Orangatamariki have been involved with this boy for years but because his Mongrel Mob dad threatens anyone who suggests taking him away no wider family members are prepared to intervene and Oranga Tamariki were in the process of closing their file on him.

If ever the cops are needed to step in and help Oranga Tamariki uplift this child it is now. To say they cannot do anything is not good enough. given the cops have admitted they are too scared to intervene, in anything to do with gangs, nothing will happen. This poor child is only a cash cow for his drop beat dad.

The good folk who contacted me with this most appalling of stories are fearful of losing their jobs at the state agencies they work for or being targeted for reprisal attacks from the Dads gang associates.

But they believe without intervention this poor kid will die and from what I have been told I cannot disagree.

I thank those people for contacting me and hope that by publicizing this story I have not put your jobs or lives at risk.

They believe without intervention this poor kid will die.

I have shared this story with the Children’s Commissioner Andrew Becroft who has contacted those people and this morning launched a high priority investigation into all the circumstances around the care of this most vulnerable young New Zealander.

I have withheld some of the details of this case to protect my sources and prevent this poor kid becoming a media sensation.

I will keep you posted as to what happens and I beg you all when you see neglect or abuse of children in this lovely country of ours to speak up and make a difference.

Previous articleHow Stupid Are They
Next articleCindy-bin-lying or just careless?