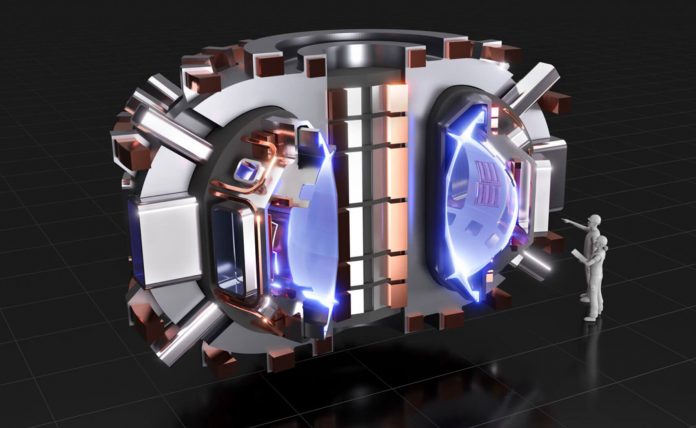 SPARC could be the first fusion reactor to produce net energy—10 years before ITER and in a machine 10 times smaller.

A startup chasing the dream of plentiful, safe, carbon-free electricity from fusion, the energy source of the Sun, has settled on a site, timetable, and key technology for building its compact reactor. Flush with more than $200 million from investors, including Bill Gates’s Breakthrough Energy, 3-year-old Commonwealth Fusion Systems announced today that later this year it will start to build its first test reactor, dubbed SPARC, in a new facility in Devens, Massachusetts, not far from its current base in Cambridge. The company says the reactor, which would be the first in the world to produce more energy than is needed to run the reaction, could fire up as soon as 2025.

Commonwealth and a rival U.K. company have also chosen the technology they think will let them leap ahead of the giant, publicly funded ITER reactor under construction in France

Fusion reactors burn an ionized gas of hydrogen isotopes at more than 100 million degrees Celsius—so hot that the plasma must be contained by a mesh of magnetic fields so it doesn’t melt the reactor walls. At ITER, sufficiently powerful fields are achieved using niobium alloy superconducting wires that can carry huge currents without resistance through magnet coils. But such low-temperature superconductors must be chilled to 4° above absolute zero, which requires bulky and expensive liquid helium cooling. And there’s a limit to the amount of current the niobium wires can carry, forcing ITER to adopt huge magnets with many wire turns to generate the needed fields. ITER’s largest magnets are 24 meters across, contributing to the reactor’s $20 billion price tag.

Previous articleHave Your Say
Next articleC02 Is Good For The Planet