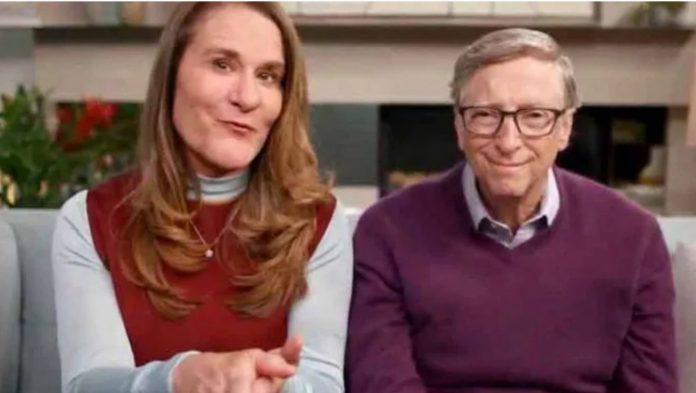 The Bill and Melinda Gates foundation is funding an educuational organization that claims “math is racist.”

A group of far-left educators have compiled a six-part toolkit named “A Pathway to Equitable Math Instruction,” which claims to offer an “integrated approach” to developing an “anti-racist math practice” viewed through a social justice lens.

It claims that asking students to find a correct answer in maths is an “inherently racist practice.”

According to the organization’s website, the Bill & Melinda Gates Foundation as its sole donor

Mynorthwest.com reports: The toolkit focuses on the 2021 progressive buzzword of “equity” and claims white supremacy and mathematics go hand in hand.

The resources help educators rid their classrooms of the scourge of racist math by making their students dumber. For example, the lessons in Dismantling Racism in Mathematics Instruction warn educators that “white supremacy culture” shows up in the classroom when teachers “treat mistakes as problems by equating them with wrongness” because it “reinforces the ideas of perfectionism (that students shouldn’t make mistakes) and paternalism (teachers or other experts can and should correct mistakes).”

It doesn’t explain why this is white supremacist culture. It just says that it is.

A quick way to dismantle the white supremacist culture, according to the text, is to eliminate order in the classroom. The text argues, “requiring students to raise their hand before speaking can reinforce paternalism and powerhoarding, in addition to breaking the process of thinking, learning, and communicating.”

Instead, it recommends you teach math via “storytelling circles, incorporating dance, music, song, call and response, and other cultural ways of communicating.”

To be an anti-racist math teacher, admit your racism

The toolkit explains that if you truly want to be an anti-racist math teacher, you must embrace your identity. And you’re likely a virulent racist. But it’s OK. The resources will guide you through the “emotionally difficult work of coaching for math equity.”

Prior to engaging in any instruction session with students, educators must do some soul searching. They are told to address their “underlying inherently racist beliefs and biases, positionality, and personal power within that positionality.”

Once completed, you’re on your way to challenging “the ways that math is used to uphold capitalist, imperialist, and racist views.”

“Often the emphasis is placed on learning math in the ‘real world,’ as if our classrooms are not a part of the real world,” the text reads. “This reinforces notions of either/or thinking because math is only seen as useful when it is in a particular context. However, this can result in using mathematics to uphold capitalist and imperialist ways of being and understandings of the world.”

To that end, teachers are instructed to: “Review all the ways that word problems and context show up in the curriculum. Limit or eliminate references to money, especially when transactional.”

No word on barter or redistributing other people’s wealth.

Math is different for students of color

A core belief of the toolkit is that students of color interpret and use math differently than white students. If you teach students of color the “right” way to do math, you are reinforcing white supremacy culture.

“It allows the defensiveness of Western mathematics to prevail, without addressing underlying causes of why certain groups of students are ‘underperforming,’ a characterization that should also be interrogated,” the text warns. “It also presupposes that ‘good’ math teaching is about a Eurocentric type of mathematics, devoid of cultural ways of being.”

Ironically, the text itself is wildly racist. It treats all minority students as somehow inferior to white students, claiming they’re not capable of understanding the correct way to learn math.

When it chides educators for “reinforcing objectivity and the idea that there is only one right way” to solve equations because it “dismisses students’ own ways of processing,” it presupposes that only non-white students would have this issue. That somehow other students can understand that way but only students of color are incapable. That line of thinking should be rejected.

It’s unclear why the Bill and Melinda Gates Foundation are bankrolling this kind of radical nonsense.

The Pathway‘s website thanks the Gates Foundation for “their generous financial support of this project.” No other nonprofit is listed for donations and they do not list the amount donated. But they have been active in promoting similar principles on math.

According to the Washington Free Beacon, the Gates Foundation gave nearly “$140 million to some of the groups behind Pathway, whose antiracist resources are the basis for a new teacher training course offered by the Oregon Department of Education.”

The Gates Foundation also gave tens of millions to The Education Trust, a proponent of the Pathways toolkit.

They did not respond to Free Beacon’s request for comment.

It’s already being taught in Seattle

In Seattle Public Schools, this concept was floated in late 2019 after a draft Ethnic Studies framework was released. But it’s already being taught in one classroom.

Shraddha Shirude is a second-year math teacher at Garfield High. And she is teaching an elective course for the 2020–21 school year: Ethnic Studies Math.

“You can see math everywhere in the world and in every interaction, whether that’s human … animal … plant … universe. But that’s not how we’re taught to look at it, and that’s how it’s used to oppress people,” she tells the South Seattle Emerald. “How is math used for oppression? The easiest way to look at it — which is a social justice math way of looking at it — is when you don’t teach a student how math can impact them in the real world, then you’re doing them a disservice, and therefore you’re oppressing their knowledge and understanding.”

She goes on to say: “Yet if you’re teaching them to understand and accept the world as it is, you risk harming and possibly re-oppressing them. Teaching them why it matters to them personally is how you actually support every student of every race in one lesson. You teach them to consider their identity and ask: ‘How can I make the world better?’”