You Stupid Boy
Home NZ Politics Get Rid Of The RMA

Get Rid Of The RMA 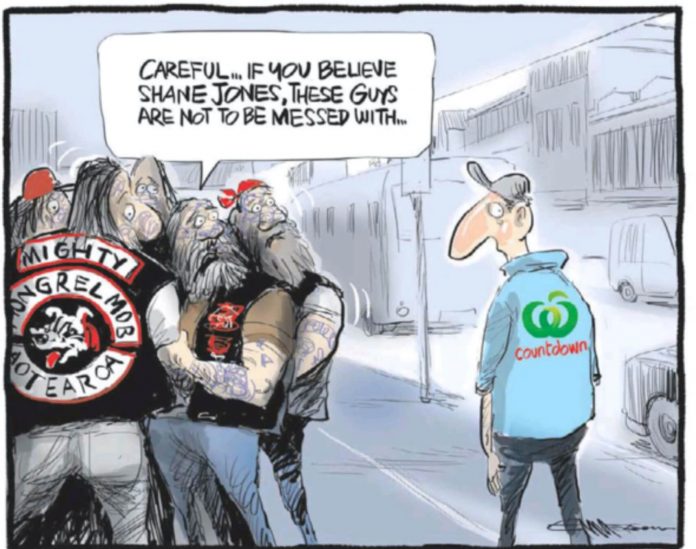 The legislation before Parliament would limit public consultation to get some projects started sooner in an attempt to create jobs and stimulate economic activity in the wake of Covid-19.

Jones told RNZ today the RMA has become “calcified” and he “absolutely” wanted to see fast-tracking a permanent fixture.

“It keeps battalions of lawyers and planners and various other busy bodies hired by local government engaged in activity that’s inversely related to economic growth.

“We’ll all learn how we can reform the RMA by actually taking this initial step, and then it will be evident to us how much of the current filigree that passes for statutory process is actually needed at all,” Jones said.

The new fast track process would see resource consents processed in 70 working days, instead of four to six months, but it only has a lifeline of two years.

New Zealand First leader and Deputy Prime Minister Winston Peters also wants changes to the RMA but does not agree with Jones, saying at this point fast-tracking should not be permanent.

The RMA is not the only thing Jones took a strong position on when he fronted MPs at select committee this morning to be grilled on his infrastructure and regional economic development portfolios.

Jones told MPs Maui dolphins do not exist, which immediately pricked the ears of Green Party MP Gareth Hughes who responded, “they’re not like the tooth fairy or Santa Claus”.

But Jones was not having a bar of it and doubled down.

“There is no such thing as Maui dolphins – they’re species of Hector’s dolphin.

“It’s like the difference between the Tongans and the Biafrans – they’re both humans,” he said.

Conservation Minister Eugenie Sage decided Jones needed schooling up and delivered him a book of the Maui dolphin, which he was spotted reading in Question Time this afternoon.

Back at select committee Jones was also taking a swing at Waikato iwi over a bid by the Auckland Council to fast-track the more than doubling of the city’s water allowance from the Waikato River.

“It is my view that under no circumstances whatsoever should the Waikato tribe – or any tribe – hold to ransom a third of the country’s population,” Jones said.

With an election around the corner Jones also managed to speak at length about New Zealand First’s desire to move the Ports of Auckland north to Marsden Point.

He said with 80-odd days until the election “not even Superman is capable of moving the port in that period of time” and while he had tried to advance Northport to the next stage it had not happened.

“We secured in the coalition agreement the right to do a study and I’m not going to say anything about (Finance Minister) Grant Robertson at all, that’s what’s in the agreement.

“I’ve tried to advance it to the next stage but the government required further analysis to get done,” he said.

“That analysis was due out in May but unfortunately Covid has inhibited it’s timely completion.”

Jones said he, along with Tauranga and the “entirety of the North” agree the Auckland port should move.

“I just need to get future coalition partners to agree with me,” he said.