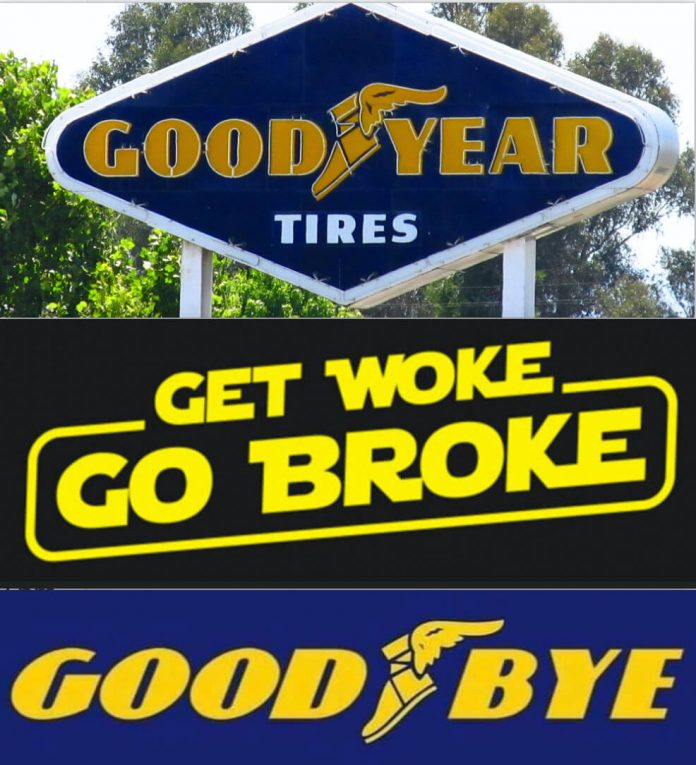 President Trump has urged Americans to boycott Goodyear Tires after their un-American ban on MAGA hats.

Trump indicated that his supporters and the right should fight back with a boycott of the tire company.

“This is what the Radical Left Democrats do,” he wrote. “Two can play the same game, and we have to start playing it now!”

As Breitbart News reported, the slide was leaked by an anonymous employee who said it was presented at a Topeka, Kansas plant.

Goodyear spokeswoman Melissa Monaco did not dispute the image but reasserted the company’s commitment “to fostering an inclusive and respectful workplace” in a statement.

“As part of this commitment, we do allow our associates to express their support on racial injustice and other equity issues but ask that they refrain from workplace expressions, verbal or otherwise, in support of political campaigning for any candidate or political party as well as other similar forms of advocacy that fall outside the scope of equity issues,” Monaco continued.