You Stupid Boy
Home Uncategorised Get your lies straight

Get your lies straight 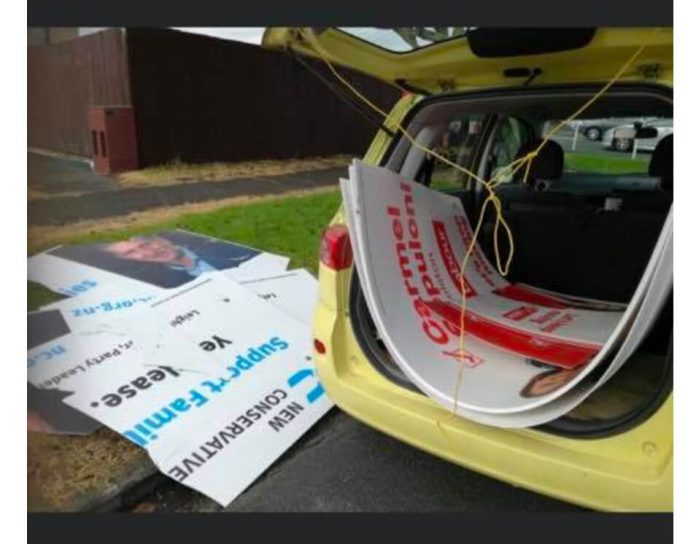 A complaint has been lodged with police after Labour volunteers were seen removing signs for the New Conservatives and replacing them with their own.

But Labour says it was all a misunderstanding, and no ill was intended.

In a public post on Facebook on Friday afternoon, a New Conservatives supporter said they were driving home on Great North Rd, Auckland, and saw “our two signs still up on the fence but head photos both ripped off”.

“I pulled over thought to take a photo but shockingly it was gone and on the ground into pieces already,” said Frans Van Schie.

“A couple was replacing them with their Labour Party signs bingo!! Now reported to the police with these photos.”

Police confirmed to Newshub they received a complaint about 11:30am, and the report was “being assessed”. 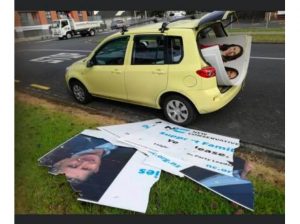 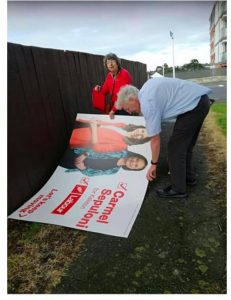 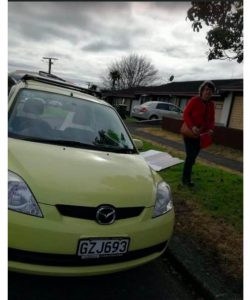